Woods to Play with Charlie in Father-Son Tournament 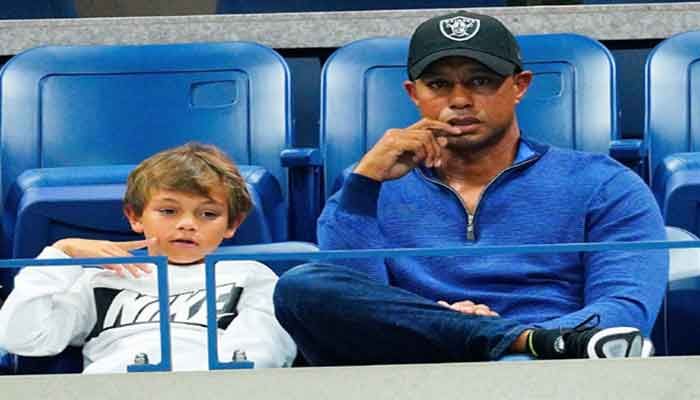 ﻿Tiger Woods and 11-year-old Charlie will be playing in the father-son PNC Championship in December, the golf superstar confirmed this week.

“I can’t tell you how excited I am to be playing with Charlie in our first official tournament together,” Woods, a 15-time major champion, said. “It’s been great watching him progress as a junior golfer and it will be incredible playing as a team together in the PNC Championship.”

The tournament will take place at the Ritz-Carlton Golf Club in Orlando, Florida, December 19-20, reports AFP.

It features 20 major championship winners playing with a family member as a team.

Woods kept his daughters, Charlie and 13-year-old daughter Sam, out of the public eye, although they were both on hand when he won the 2019 Masters for his first major title in more than a decade.

Woods finished the coronavirus pandemic-delayed 2020 Masters this month in deflating style, with a final-round 76 that included a 10 on the par-three 12th — followed by five birdies in his last six holes.

Teaming up with Charlie at the PNC Championship offers him a chance to play again in 2020, a year that saw his unofficial World Challenge canceled in the Bahamas due to a pandemic.

No fans will be allowed to compete in the Florida tournament, but NBC will be televised in the United States.

German veteran Bernhard Langer and his son, Jason, will return to defend the title they won last year.

American Justin Thomas will make his debut alongside his dad, Mike.

LPGA's wonderful Swedish Annika Sorenstam will play with her dad as well.