I Want Messi to Stay at Barca: Guardiola 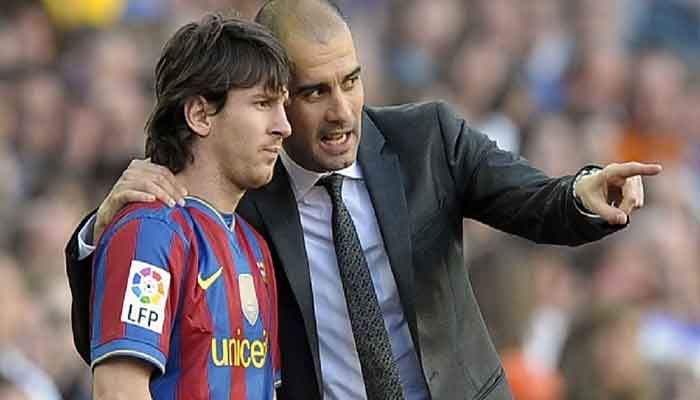 On Thursday, Guardiola signed a two-year contract extension with City and was immediately linked to his former star, who last summer came close to moving, reports BBC.

Messi's contract ends next summer and as of 1 January, he may sign pre-contract terms with any club outside Spain.

Guardiola said: "Messi is a Barcelona player. I said it a thousand times. As a fan, I want Leo to finish there."

Argentinian playmaker Messi had looked to join the City after applying for a move in August, only for Barcelona's then-president Josep Maria Bartomeu to block the transfer.

Then Bartomeu resigned in October, but Messi's future remains uncertain.

"His contract finishes this year [season] and I don't know what will happen in his mind," Guardiola said.

Paris St-Germain have also been linked with the 33-year-old, but every candidate in the Barcelona presidential election - to be held in January - has said it is a priority for them to persuade Messi to stay.

"I have huge gratitude for Barcelona and what they have done for me," said Guardiola, who worked with Messi when managing the club between 2008 and 2012.

"In the academy, as a player and a manager, they gave me absolutely everything. Right now Messi is a Barcelona player and the transfer market is in June and July.

"We have incredible games and targets and things we would like to achieve. That is the only thing in our mind. The rest, I cannot say anything."

Guardiola's new contract will take him to 2023 and see him complete seven seasons at the club, as long as he spent together in charge of Barcelona and Bayern Munich.

Despite his apparent desire, the 49-year-old says he had no interest in going somewhere else and would have stepped out of the game again as he did when he left Barcelona in 2012, had an agreement not been reached with City.

"I didn't think about anywhere else, just to stay here," he said.

"The decision was not just mine, it was the club's as well. If we had felt it was enough, I would have taken a break.

"But we have the feeling we still have many things to do together. We want to continue what we have done in the previous seasons."