Smith Closes In on Century But India Stay in Hunt 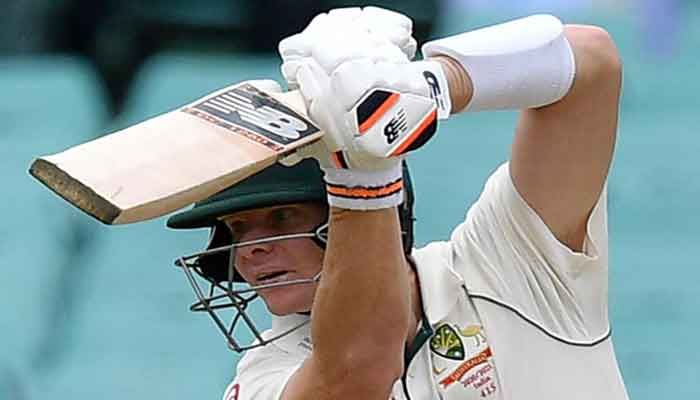 Steve Smith was unbeaten on 76 in Australia, but India snatched Marnus Labuschagne and Matthew Wade's main wickets to leave the third test finely balanced at lunch on Friday, day two.

The hosts resumed at 166 for two on an overcast and breezy morning at the Sydney Cricket Ground after losing 35 overs to showers on day one, when they lost David Warner for five and Will Pucovski scored 62 on debut, reports AFP.

Australia had advanced to 249 for five by lunch after a session that started half-an-hour early to make up for lost time but was also struck by two rain breaks.

After Labuschagne (91) and Wade (13) both dropped to Ravindra Jadeja's spin, all-rounder Cameron Green was out without scoring to Jasprit Bumrah on the last ball before the break.

Labuschagne resumed on 67 and Smith 31, with both men, close friends, making the most of a relatively flat pitch to bring up a 100-partnership.

It was a typically patient innings from Labuschagne on a ground where he scored 215 this time last year against New Zealand.

But as he closed in on a fifth Test century, he was bamboozled by Jadeja.

He thick-edged it to Ajinkya Rahane at slip, facing a ball that took an extra bounce, with the Indian skipper taking a sharp catch.

At the other end, Smith looked ominous on his home ground in double figures for the first time this season, crunching a four off Bumrah on the first ball he faced from India's top bowler.

Before bringing up his 30th Test half-century, he survived an aggressive lbw review on 41, drilling Ravi Ashwin down the field before light rain set in.

Wade was undone by his innate aggression upon their return from 24 minutes off the field, after an earlier eight-minute break, recklessly skying a Jadeja ball to Bumrah.

Green survived 21 balls before Bumrah had him plumb lbw.

The four-Test series is locked at 1-1 after Australia won in Adelaide and India struck back at Melbourne.