‘No Excuses’ for Gibbes’ Leaders La Rochelle at Racing 92 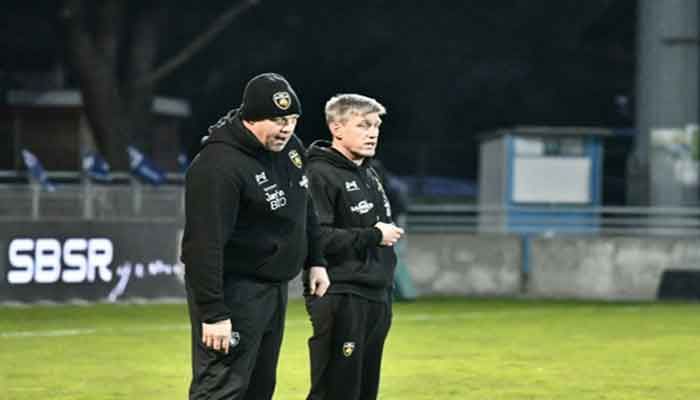 Kiwi head coach Jono Gibbes of La Rochelle said the latest hammerings at Racing 92 will serve as a motivation for Paris' Top 14 match on Saturday.

“Our last two performances at the Arena weren’t at the level we expect,” Gibbes told a press conference this week.

“We’ve found it hard twice with the conditions. I can’t count the number of excuses we’ve used.

“It’s a top of the table clash. We’re expecting a huge match that’s for sure,” he added.

Gibbes’ men have lost just three games in all competitions this season which included a heavy defeat at Stade Francais in November and Racing’s covered stadium has a plastic pitch like their Parisian rivals’ Stade Jean-Bouin.

“With the artificial surface it’s simple. There’s one team that acts and another which watches. The game against Stade Francais, we spent too much time looking at what was happening before acting afterwards,” he said.

“We have quite a bit of talent in our side too, to use the conditions,” he added.

The former Maori All Blacks back-rower warned his side to be ready this weekend from kick-off to face the hosts who have in their ranks the likes of Finn Russell, Virimi Vakatawa, and Simon Zebo.

“It will be a lesson for the Arena. If we have a start where we watch them, and allow them to get the ball into our half easily, they have a lot of talent,” he said. – No Euro boycott –

Earlier, ex-France captain and coach Philippe Saint-Andre will be looking for his first win in charge of Montpellier after the midweek defeat at Lyon in his maiden game at the helm.

As fellow Springbok Handre Pollard of Kolbe is out until April with a severe knee problem, Saint-Andre is without 15 players due to injury.

Due to coronavirus cases within the visitor team, Bayonne's trip to Eben Etzebeth's Toulon, originally scheduled for Friday, has been postponed to a later date.

Earlier this week, reports in the French press claimed Top 14 clubs were ready to boycott European competitions if coronavirus protocols were not changed.

On Wednesday, Lyon president Yann Roubert said pulling out had never been on the cards but following talks with tournament organisers players will be tested three days, instead of six, before Champions and Challenge Cup matches, which return next weekend.