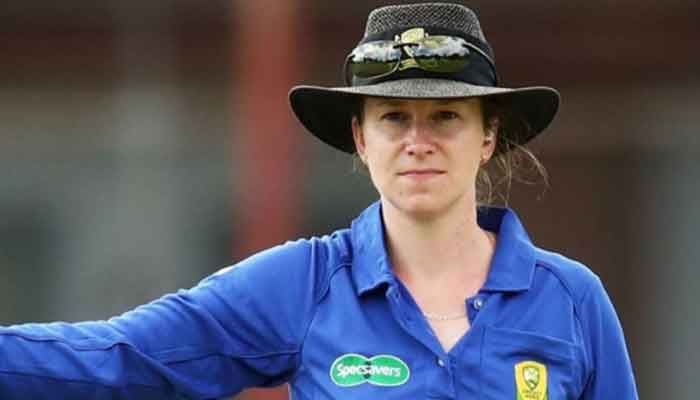 Australian Claire Polosak became the first woman to take part in the men's test on Thursday when she took up her role as the fourth ombudsman in the match between Australia and India.

Polosak was the first woman to serve on the field in a men's one-day international when Namibia hosted Oman in Windhoek in April 2019, but her duties at Sydney Cricket Ground will be more limited unless one of her fellow umpires is indisposed.

Polosak, 32, was also the first woman to compete in the Australian men's home after a one-day match between New South Wales and Cricket Australia XI in 2017.

The fourth umpire at a test match has duties related to pitch preparation, changes in equipment and support for field umpires.

The opening morning of the third test was the first time that the new edition of the Australian National Anthem was sung before the start of the play.

The government last week changed the words of the second line of Advance Australia Fair from "for we are young and free" to "for we are one and free" in recognition of the indigenous population's more than 50,000 years of history.