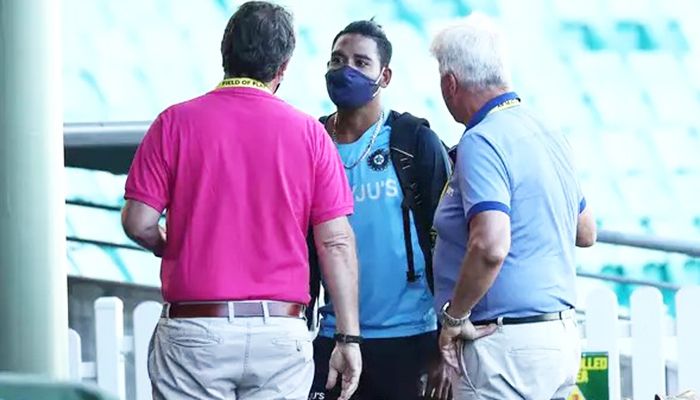 ﻿The Indian team management has lodged a complaint about two of their players - Jasprit Bumrah and Mohammad Siraj - having faced racial abuse from the crowd at the Sydney Cricket Ground during the third Test.

It is learned that the abuse had occurred over the second and third day of the Test match.

It all came to a head at the end of the third day's play when a bunch of senior players led by captain Ajinkya Rahane, R Ashwin spoke to the two umpires Paul Reiffel and Paul Wilson and brought to their notice that two of their players had been subjected to the abuse.

Cricbuzz learns that the issue rests with ICC until further notice.