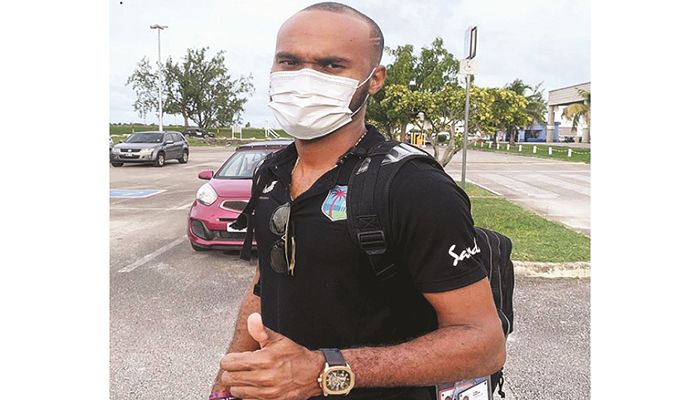 ﻿Bangladesh is all set to embrace international cricket after a gap of 10 months as the West Indies team will arrive in the capital on Sunday to play a full-fledged series comprising three ODIs and two Tests.

Bangladesh will be looking forward to beginning their campaign on a successful note against a below-par Caribbean side after several leading cricketers of West Indies opted to skip the series, citing bio-bubble pressure.

The first two ODIs of the series will be played in Dhaka on January 20 and 22 respectively and the final match is scheduled for January 25. Teams will remain in Chattogram for the first Test on February 3-7 before returning to Dhaka for the second Test beginning on February 11.

The tourists, who will be tested immediately after arrival, will go straight into a seven-day quarantine that includes first three-day stay in hotel isolation and the next four-day practice together only if they pass another COVID-19 test.

According to Bangladesh Cricket Board, the visitors will be tested multiple times in different layers and if a player develops any symptom he will be isolated immediately.

BCB cricket operation chairman Akram Khan on Saturday insisted that they are taking confidence from the last two domestic tournaments (BCB President’s Cup and Bangabandhu T20 Cup) that they hosted in the new-normal environment. He also confirmed that the resumption of international cricket at home will be without the crowd.

''We are confident as we have successfully hosted two tournaments and we are taking every possible step to make sure we can successfully host the series in the new-normal environment,'' said Akram.

''Till now the decision is to host the series without crowds,'' he said, adding that the host will be making a mistake if they take their opponents lightly.

''We will be making a mistake if we feel that it is their B team because they have got good back-up players and on top of it they have played some cricket while we are yet to start playing international cricket (in COVID-19 situation),'' he said.

Bangladesh cricketers will go into bio-bubble today with corona negative cricketers and staff and they will start their preparation at the Sher-e-Bangla National Stadium from 10:00 am and later will check into the hotel.