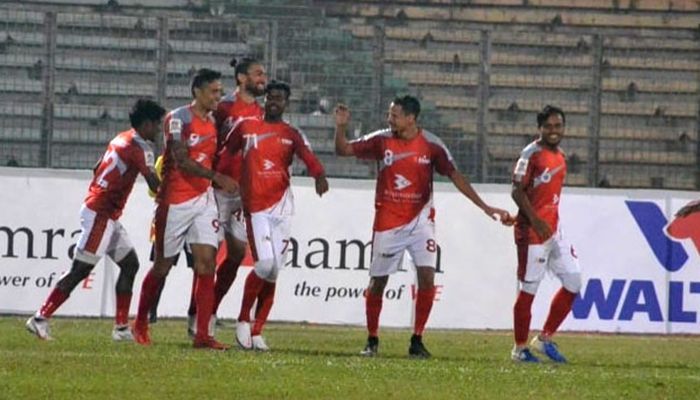 Bashundhara Kings clinched the title of Walton Federation Cup Football beating Saif Sporting Club by 1-0 goal in the final held at Bangabandhu National Stadium in the capital on Sunday.

Bashundhara goalkeeper Anisur Rahman Zico made the difference in the counter-attack match. He saved the ball several times with great skill and brought the second trophy to the team.