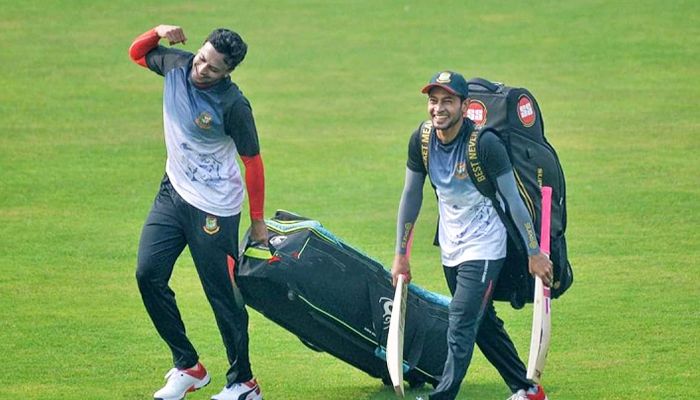 Sohel Islam, who will oversee the Tigers spin bowling department in the series because of the absence of Daniel Vettori, trainer Nick Lee, physio Julian Calfato and field coach Ryan Cook were also present and worked with the players during the first day’s training.

Newly appointed batting coach Jon Lewis and fast bowling coach Ottis Gibson were absent due to the quarantine rule as both of them came from the UK. As per the Bangladesh government’s directive, people coming from the UK should stay in quarantine for 14 days.

The BCB is trying for special permission for them to join the practice after returning Covid-19 negative twice.

“Those who are coming from the UK for this series, have some limitations to move because of the government’s strict rule. But we have applied to the government and hopefully, we will get permission from them. For the standard practice of our coaches is that they would have to return negative twice and then if the government permits, they will be allowed to come into the stadium,” BCB CEO Nizam Uddin Chowdhury told the reporters here today.

However, the three-hour-long practice session started with a warm-up. After spending half an hour in the warm-up, the batsmen and bowlers went indoors for batting bowling practice. Thereafter the players did some fielding sessions.

As per the practice schedule sent by the BCB, the players will train for four days at Sher-e-Bangla National Cricket Stadium before they play two warm-up games amongst them on January 14 and 16 at BKSP ground.

After the second game on January 16, the ODI team for the three-match series against West Indies will be given.