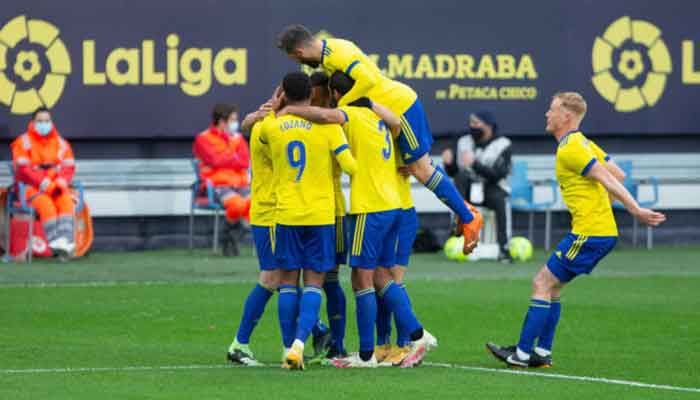 The red card for Alaves Defender Alberto Rodriguez proved to be pivotal in the second half, with Antony Lozano and Negredo each scoring shortly after the win for Cadiz.

Alaves had earlier pulled level through a Joselu penalty after Alex put Cadiz in front.

The win ends a barren spell for Cadiz, who takes a step closer to safety after being promoted in the last term. They're going up to ninth while Alaves are sitting 14th.

Earlier, Levante had also moved into the top half of the table, coming from behind to beat Eibar 2-1, Gonzalo Melero and Jose Luis Morales in the second half.