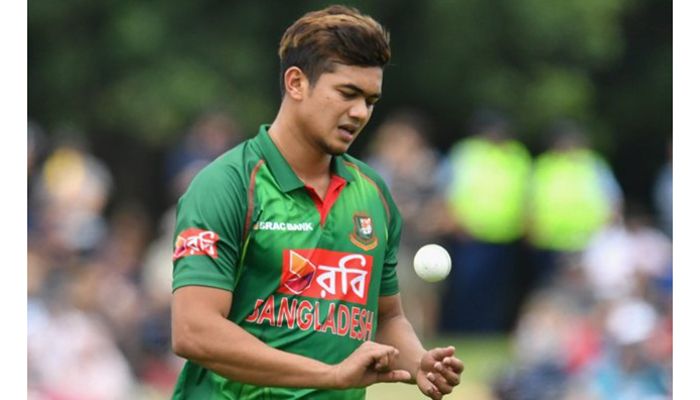 ﻿Bangladesh received an injury scare ahead of their upcoming home series against West Indies as pacer Taskin Ahmed picked up a finger injury during the training session in Mirpur on Monday.

Taskin's finger of the left hand broke when he tried to stop a drive by Tamim Iqbal at indoor nets and was immediately taken away from the practice. He is expected to have stitches at night.

''For the time being, we will keep him under observation for two to three days as it is not his bowling hand,'' BCB physician Manjur Hossain told reporters.

Meanwhile, young opener Parvez Hossain Emon is ruled out from the upcoming series as his abdominal pain recurred that prevented him from joining the team-mates in the hotel.