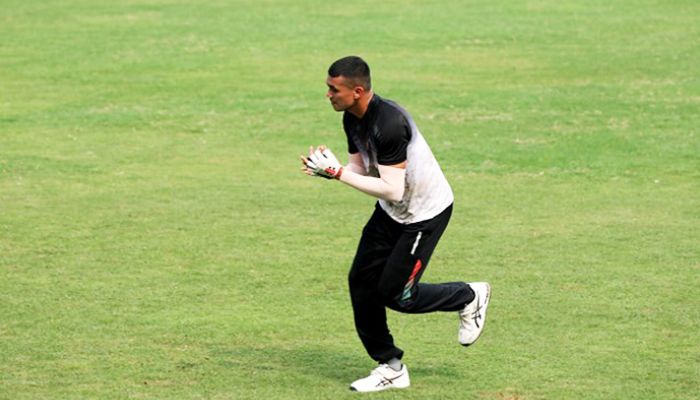 ﻿Bangladesh right-arm pacer Taskin Ahmed, who injured his left hand during the practice session on Monday, will be able to participate in the One-Day Internationals against visiting West Indies.

The ODI series will begin on January 20 at the Sher-e-Bangla National Cricket Stadium. It means Taskin has a week before the first ODI of the three-match series.

''Taskin suffered the blow on Monday to his left hand. The cut was not deep so I think he has no doubt to play in the ODI series,'' Debashis told UNB on Tuesday afternoon.

Taskin is also confident to be back in action within the next week. While talking to UNB on Tuesday he said: ''There are two small stitches. I think it won’t be a problem to get back to bowling in the next couple of days.''

The right-arm pacer played his last ODI in 2017 against South Africa. Since then, he had suffered several injuries which eventually delayed his return to the Bangladesh ODI squad.

The 25-year-old pacer has played 32 ODIs to date and scalped 45 wickets with a five-wicket and two four-wicket hauls. He also represented Tigers in five Tests and 19 T20Is.