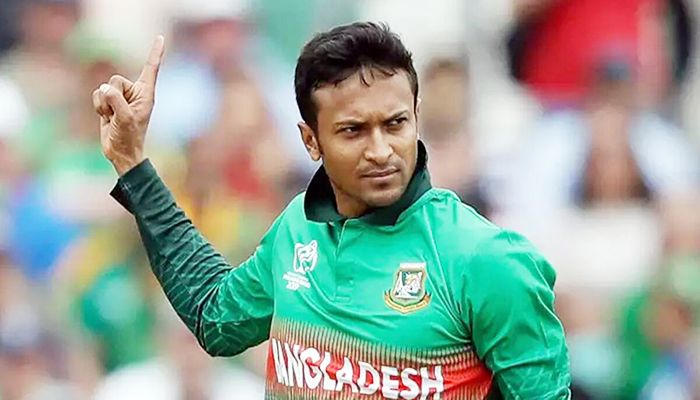 ﻿Bangladesh all-rounder Shakib al Hasan’s central contract is expected to be finalized Monday as Bangladesh Cricket Board high-ups are scheduled to have a meeting at the Sher-e-Bangla National Stadium.

Shakib, who was included straightaway in the central contract after returning to competitive cricket in October following his serving one-year suspension ban, decided to skip the upcoming red-ball tour of Sri Lanka to take part in the Indian Premier League.

As a result board members are in two minds whether to keep him in central contract or just have him in the white-ball contract for upcoming days.

Shakib was previously axed from the list only after receiving a ban by the International Cricket Council for failing to report multiple corrupt approaches.

Usually, BCB provides a national contract after assessing the performance of cricketers in international and domestic cricket but according to BCB officials, they didn’t do that for Shakib.

BCB issued a separate deal for red-ball and white-ball cricket last year and there are a couple of players in both categories that are considered as central contracted while the others who are chosen for one format are considered to be in the partial contract.

BCB officials said that the New Zealand bound team members are expected to meet their President Nazmul Hassan Papon ahead of the tour while the issue of Shakib can be raised afterward.

''It is not that the meeting is called to decide on the central contract of Shakib rather it is called as our board President will meet New Zealand bound members at the office,'' said BCB Chief Executive Officer Nizamuddin Chowdhury.

''At the same time, we can’t say that the issue (whether they continue Shakib in the central contract) won’t be raised. Some of the board directors will sit and there will be certainly discussions on various issues,'' he added.

BCB Chief Selector Minhajul Abedin, who is also called in the meeting along with the other two members of the selection panel, said that they are ready to put up their observation if the issue of the central contract is raised.

''We have prepared a list of cricketers expected to be part of the BCB contract and if we are asked to put up our observation we (selection panel) are ready to give it to the board,'' said Minhajul.

''In my personal view, I don't think he (Shakib) will be in the central contract because we keep them in it who are available for both formats all the year. It is not the same case with him anymore after he decides to take part in the IPL at the expense of skipping the tour of Sri Lanka.''

''But we still can't take any decision as it depends on the BCB cricket operation and they will make the last call after assessing everything,'' he added.