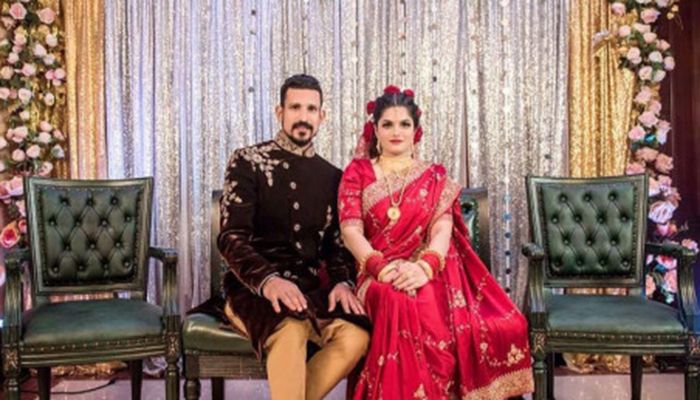 ﻿A case has been filed against cricketer Nasir Hossain and his wife alleging that Tamima tied the knot again without divorcing her ex-husband.

Rakib Hasan, who is reportedly a husband of Tamima, filed the case with the court of Dhaka Metropolitan Magistrate Mohammad Jasim on Wednesday morning.

Rakib Hasan himself confirmed the matter to media.

A few days following their marriage, they have become embroiled in controversy.

In the general diary, Rakib mentions his 11-year family life with Tamima and their eight-year-old daughter. He says the marriage bond was not severed and Tamima married Nasir without getting a divorce. Rakib attempted to contact Nasir to find out about the matter but could not reach him on the phone.