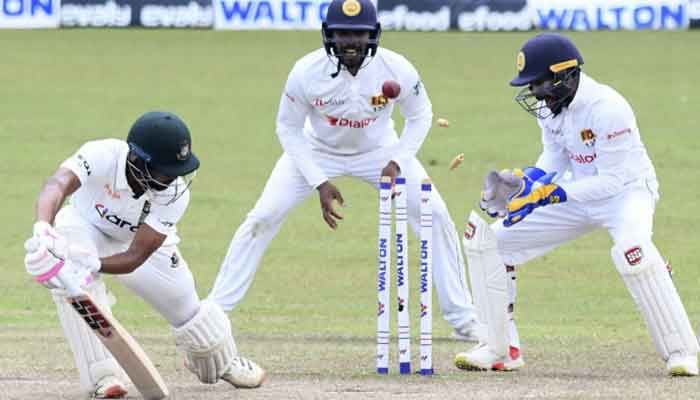 ﻿Bangladesh lost their last World Test Championship league match by 209 runs and also lost the Walton Test Series in Kandy. Sri Lanka were dominant right from the word go and their debutant, Praveen Jayawickrama had a fairytale debut with ball that ensured a comfortable victory for the hosts in the end.

The 22-year old slow left-arm bowler bagged 11 wickets in his debut match. He became the first Srilankan and only 16th player overall in Test history to achieve the feat, reports media.

Bangladesh needed 437 runs in the 4th innings to win the match and they were nowhere near completing the almost impossible job on a spinning track.

All the top-order batsmen got a start but they couldn't continue. Even there was not a single half-century in their innings.

Bangladesh were finally bundled out for 227 runs.