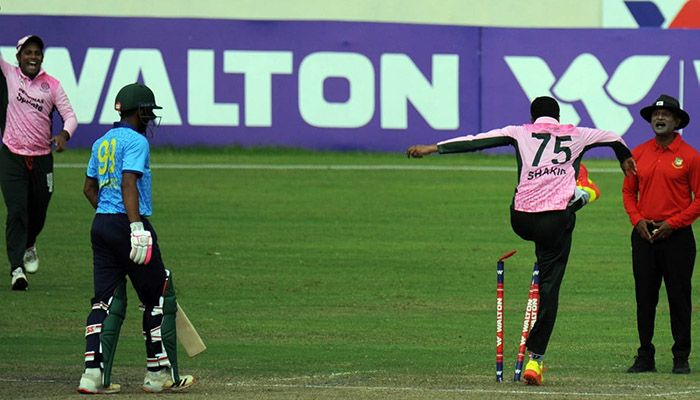 Shakib Al Hasan argued for a leg before, but the umpire ruled not out. then Shakib kicked the stumps in frustration. Photo: Collected

﻿﻿Mohammedan captain Shakib Al Hasan lost his temper and shouted at the on-field umpire during the ongoing Dhaka Premier match between Abahani and Mohammedan.

Shakib argued for a leg before in the fifth over, but the umpire ruled Mushfiqur Rahim was not out. Shakib was adamant it was out and kicked the stumps in frustration.

At the sixth over, the rain became more intense, prompting the umpire to order the groundsmen to put in the covers. Abahani had batted for 5.5 overs at that point, and a result could have been achieved under the D/L system if one more delivery had been bowled. 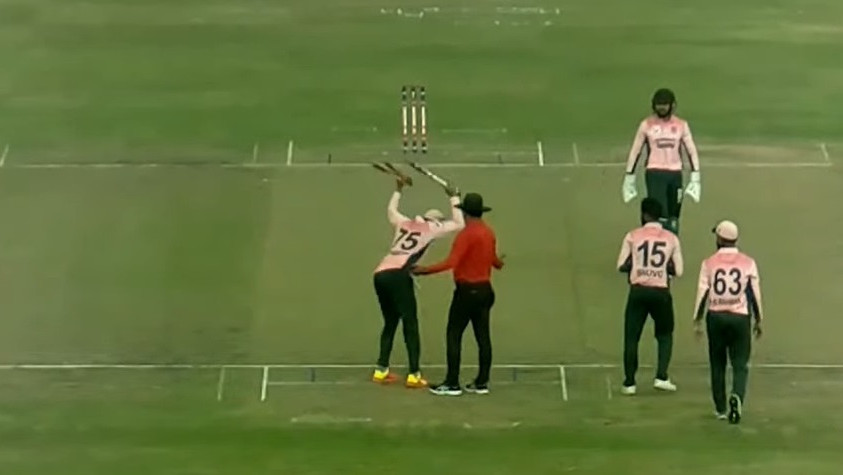 Shakib was once again dissatisfied with the umpire's ruling and got into an altercation with him. Shakib then threw the stumps before the game was called due to rain.