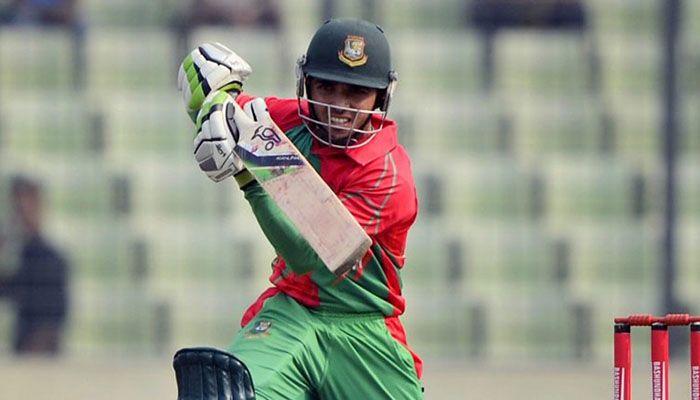 Mominul Haque struck an unbeaten 53-ball 78, hitting 11 boundaries while Yasir was also not out after blasting 56 off 24, which included four fours and as many sixes.

The duo shared 113 off just 57 balls in an undefeated fifth-wicket stand as Gazi Group Cricketers compiled a hefty 184-4, their highest total in the league.

Opener Mahedi Hasan gave them the flying start, hitting 27 off 17 but Gazi Group experienced a mini-collapse before Mominul and Yasir pair lifted the side to a mammoth total.

Sheikh Jamal Dhanmondi Club however was bowled out for 149 in 18 overs. Imrul Kayes was the highest scorer for the side with 33 ball-45, studded with one four and three sixes. Tanbir Hyder made 29 while Ziaur Rahman scored 11.

By virtue of this victory, Gazi Group finished at the fourth spot in the league while Sheikh Jamal ended with fifth place. Earlier Abahani became champions of the league, winning the hattrick title and Prime Bank Cricketers finished as runners-up.