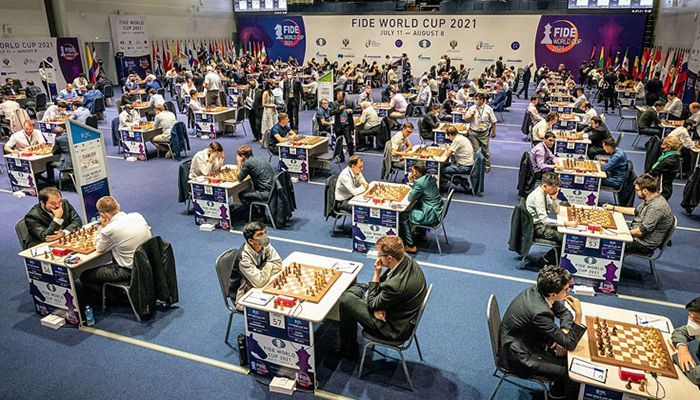 Chess players busy in the first round match of the Chess World Cup. (Photo: Twitter)

﻿Niaz Murshed and Ziaur Rahman, two of Bangladesh's leading Grandmasters were both defeated in their first matches of the Chess World Cup, which began yesterday in the Russian city of Sochi.

Today, both players will play against the same opponents to determine the round's final outcome. If the Bangladeshi players win these matches, the games will go to a tie-break, which will be decided using quick and blitz chess, while if they lose, they will be eliminated.

WIM Sharmin Sultana Shirin (2011) of Bangladesh lost her first round board to Carissa Yip (2430) of the United States.