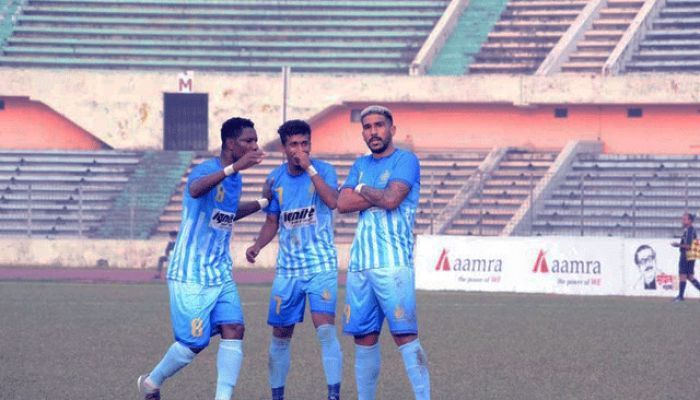 ﻿Bashundhara Kings is an irresistible team in the Premier League. Won 16 of 17 matches. Draw in just one. Chattogram Abahani brought such an invincible team to the ground. Maruful's forces gave the Kings a taste of defeat for the first time.

The only goal for the Kings came from Robson Robinho's leg. Abahani took the match with three dazzling goals.

Earlier in the first round of the league, Maruful's side lost to Kings by Sufil's goal.

This time the sky blue jersey actually took revenge on the interest.