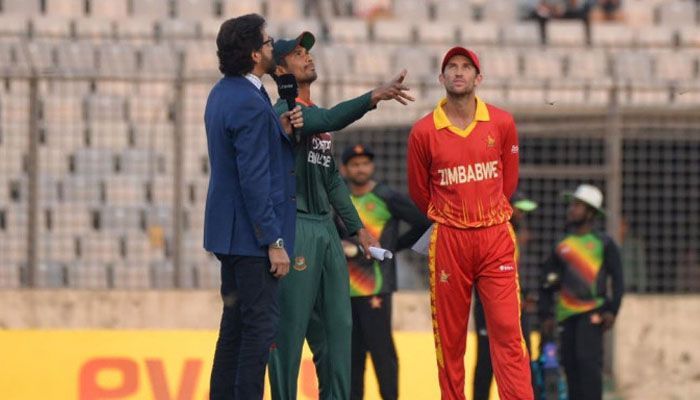 ﻿In the first of a three-match T20 International series against Zimbabwe at the Harare Sports Club, Bangladesh lost the toss and were sent to bowl first.

The Tigers only played three matches this year, all of which were against New Zealand and which all they lost. The 100th match also gave them a chance to break their winless streak in this format this year.

Bangladesh had already won the one-off Test and, as expected, thrashed Zimbabwe in a three-match series, demonstrating complete dominance.