Bangladesh Condition Feels Like A Different World to Kiwi Pacer 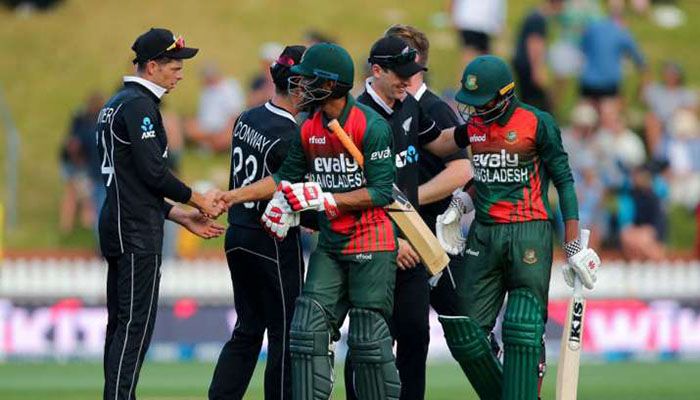 ﻿New Zealand young fast bowler Ben Sears, who is waiting for his debut, felt he landed in a different world after getting Bangladesh condition and weather extremely tougher.

But Sears is not a newcomer in this country. In fact, he played the Under-19 World Cup here hosted by Bangladesh in 2016. According to him, that time he didn’t face such a tougher condition.

Overall, the slow and low bounce of the Sher-e-Bangla National Cricket Stadium and hot and humid weather is now a cause of concern for him.

“It is really different. Not like home. It is eye-opening. It feels like a different world,” Sears said during a virtual press conference today.

“It is really hot. It is the first time in training that I have experienced being that hot. Just getting used to that, learning how to bowl when you are feeling uncomfortable.

It was interesting. But if you stay hydrated, its cool.”

Sears has already been dubbed as the most promising pacer of New Zealand because of his extreme pace. But pacer is something that won’t work well here in Bangladesh and knowing that well, Sears planned to bowl offcutters to get the success.

“You try to bowl fast but the wickets are different. You need to be smarter with it. The fast ones in the nets sometimes feel like the one that might get smashed. It is just picking and choosing when to bowl what, and maintaining variety. Bowling offcutters are helpful."

New Zealand team management opted to give rest to its first choice players from the Bangladesh and Pakistan tour.

Due to their absence, Sears got the chance to come closer to make an International debut. And the youngster is excited for the debut though it feels weird to him.

“It would be awesome. I think it is a bit of a weird tour. I am probably the 15th bowler in the country picked for it, coz everyone is out. It is however an awesome opportunity to come over here. It is pretty wild,” he opined.