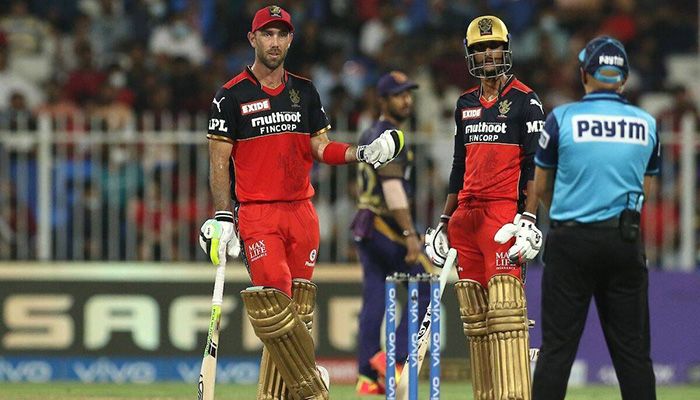 Maxwell and Christian play for the Royal Challengers Bangalore, a star-studded team captained by India's captain Virat Kohli, who were eliminated from the lucrative competition on Monday after losing to the Kolkata Knight Riders.

"Some of the garbage that has been flowing on social media is really disgusting!" Maxwell tweeted, calling internet abusers "terrible people" who engage in "inappropriate behavior."

"We are human beings who are giving our best each and every day. Try being a decent person maybe instead of spreading abuse," he added as he thanked the team's "REAL fans" for their support.

Sunil Narine of KKR clobbered Christian, 38, for three sixes in an over. Narine also shined with the ball, taking four wickets in four overs.

Christian had earlier scored nine runs on eight balls. Maxwell, who is 32 years old, had a score of 15.

Soon after the game, fans rushed to social media to vent their frustrations, including tagging Christian's pregnant partner on her Instagram page.

"I didn't have a great game tonight, but that's sport. However please leave her out of it," he posted on Instagram.

Trolls have previously harassed Kohli and his Bollywood actress wife Anushka Sharma due to the batsman's on-field performances.

Kohli's final match as captain for RCB, who has yet to win the IPL despite having a stellar lineup.