Shakib's Performance in IPL Is A Boost for Tigers 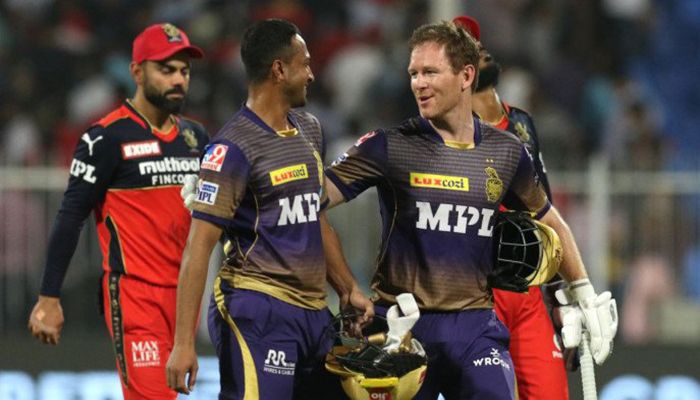 Shakib's Performance in IPL Is A Boost for Tigers || Photo: Collected

When Shakib was playing for the KKR in a vital game, the Tigers were practicing in a separate city in the United Arab Emirates (UAE) for the impending Twenty20 World Cup.

Shakib ensured that his performance not only boosted his self-confidence but also offered the Bangladeshi team management cause to be optimistic heading into the World Cup.

He let up 24 runs in four overs and went wicketless, while with willow he made just 9 not out - a performance that should not be lauded in the traditional sense, but which is still commendable because of its influence in a low-scoring, high-profile game.

Shakib really slowed the run rate, allowing Sunil Narine to finish with 4-21, including the wickets of Virat Kohli, AB de Villiers, and Glenn Maxwell. Narine then hit 15 balls for 26 runs to keep the KKR in the game as they chased a 139-run mark.

It needed someone to finish it off after Narine's dismissal, but no one appeared capable of doing so against the RCB bowling attack, which looked fired up towards the end.

Shakib's courageous scoop in the first ball of the final over, when KKR required seven off six balls, was the magic bullet. Shakib's scoop went for the boundary, significantly changing the game's complexion. If Shakib could not hit the first ball boundary, RCB would have a chance to win the game. However, the scoop demonstrated Shakib's inventive mentality, especially in light of the match scenario, for which even Virat Kohli praised Shakib and Narine.

This small contribution from Shakib, though, is significant for Bangladesh, as the ace all-rounder was not in his regular form, much to the team's dismay. Due to his poor form, KKR had to drop him from some of the UAE part's matches. Only Andre Russell's injury got him back into the lineup, and now he has ensured that the side's IPL final hopes are alive.

Shakib was given a NOC (No Objection Certificate) to play in the IPL until October 9, and he was scheduled to play in Abu Dhabi on October 10. However, as KKR advanced to the playoffs, Shakib chose to extend his NOC in order to stay with his IPL team. While his decision to play a highly competitive game and contribute to the team's triumph was condemned by fans, cricket analysts believe it would aid Bangladesh in the Twenty20 World Cup.

"Sunil (Narine) played great cricket yesterday in both batting and bowling. Yesterday was totally his day. I am happy that his contribution has won us the game," Shakib said on KKR's official website.

Asked if this performance took away pressure on him, he said: "There is always pressure. But as professional players, we have to adapt to it. I have been playing for a long time and representing my national team. I have the ability to control that kind of pressure. "

On Wednesday, Kolkata will face Delhi in the second qualifier. Shakib commented on the encounter, saying, "We'll stick to the same formula we've been doing for a long time. We've had a knockout mentality since arriving in Abu Dhabi or the United Arab Emirates, and we're confronting those problems one by one. The good news for our team is that no one is going to take us lightly now."