Bangladesh Crash Out of SAFF Championship 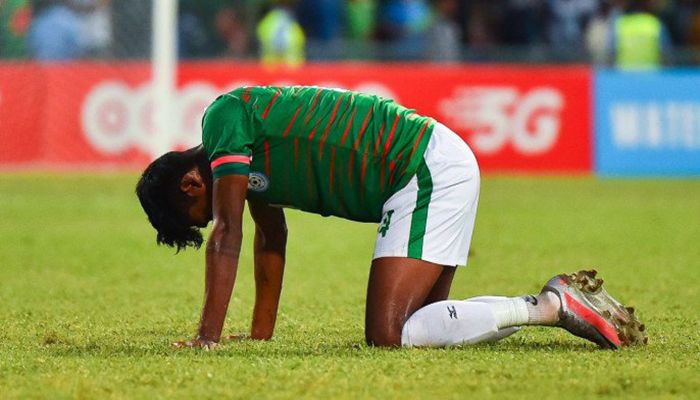 ﻿﻿After 10-men Bangladesh drew 1-1 in the group concluding match at Male National Stadium in the Maldives on Wednesday, Nepal advanced to the SAFF Championship final (October 13).

This was their second draw in four games, effectively eliminating them from contention.

Bangladesh had gotten off to a terrific start in the tournament by defeating Sri Lanka, and they maintained that momentum by holding a powerful Indian team to a 1-1 draw, despite playing with 10 men for the majority of the game.

They did, however, lose their third game to the Maldives, who were the hosts.