Dravid Set to Take Over As Team India Coach 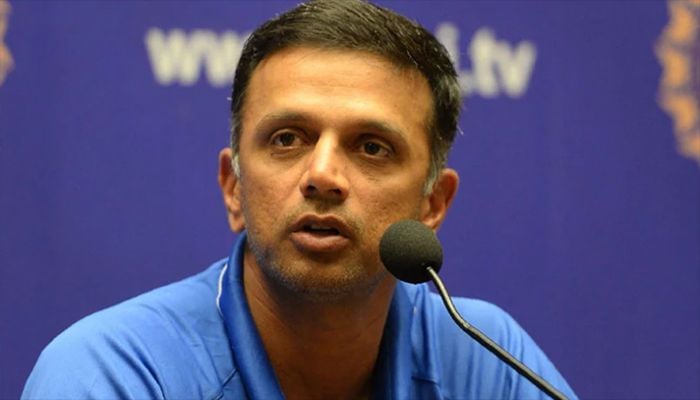 ﻿India's batting stalwart Rahul Dravid is all set to take over as the national cricket team's head coach following the T20 World Cup in the UAE, reports NDTV.

The 48-year-old Dravid, one of the greatest ever to have played for India, has been in charge of the India A and U-19 set-up for the past six years and a lot of players.

He currently heads the National Cricket Academy in Bengaluru.

"Yes, Rahul has agreed to coach the Indian team till 2023 World Cup. Initially, he was reluctant but it is understood that president Sourav Ganguly and secretary Jay Shah had a meeting with Rahul on the sidelines of the IPL final where they were able to convince him," a BCCI official told PTI on conditions of anonymity.

"It won't be an interim role," he added. Dravid's trusted lieutenant Paras Mhambrey is expected to be the bowling coach while Vikram Rathour is likely to continue as batting coach.

However, it is understood that the BCCI will nonetheless give an advertisement for the position to ensure that due process is followed.

Having seen Ravi Shastri achieve a lot of success, the BCCI was always keen on appointing an Indian coach but there were only a few of stature.

One former Indian captain and stalwart had already refused to become the coach in the current team set-up as Virat Kohli still remains the Test and ODI captain.

It is learnt that bigger names were wary of coaching a team where Kohli had mostly called the shots till the Australia tour earlier this year.

The dynamics have changed ever since as the team out-manoeuvred a stronger Australia in the absence of Kohli, who was on paternity leave at that time.

Shastri was in charge of the team at a fee of Rs 8.5 crore and it is understood that BCCI is offering Dravid a significant hike, which will be more than his NCA remuneration as well as Shastri's current pay cheque.

The basic idea behind having the Dravid-Mhambrey combination in the Indian team set-up is to ensure that in another two years, when the transition of this team happens, the changing of nucleus is smooth.