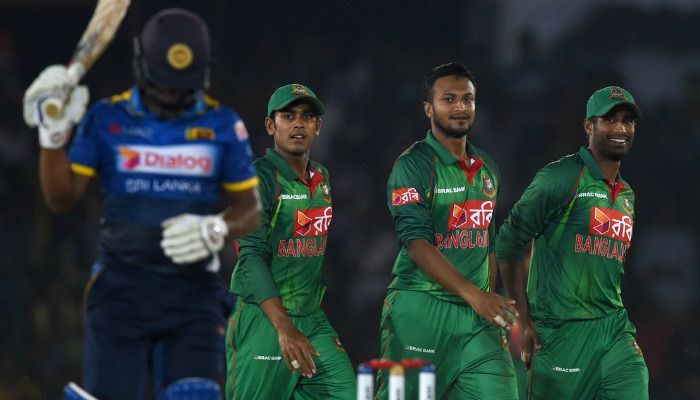 Bangladesh will play their first match against Sri Lanka in the Super Twelve of the T20 World Cup at the Sharjah Stadium in the United Arab Emirates. The match will start today, Sunday (October 24) at 4 pm Bangladesh time.

With this match, Bangladesh will play a T20 match in Sharjah for the first time.

Bangladesh has got an opportunity to practice once and for all to immerse themselves in the mission of defeating Sri Lanka. And in this mission also Bangladesh is keeping an eye on the performance of Power Play.

The Bangladesh team arrived in Dubai on Friday afternoon after playing against Papua New Guinea in Muscat, Oman last Thursday. The cricketers did not practice that day due to travel fatigue. Shakib and Mushfiqur prepared to beat Sri Lanka by practicing once on Saturday (October 23).

Bangladesh lost to Sri Lanka in the World Cup warm-up match. Although Mahmudullah, Shakib, and Mostafiz were not in that match. Bangladesh is getting the whole team in the fight of Super Twelve. After winning two matches in a row, the wind of confidence is blowing quite loudly.

At the pre-match press conference, head coach Russell Domingo's voice also sounded quite confident. He said, ‘I think there is always room for improvement in every department. We know we didn't play well in the beginning, middle and death overs with the bat. But we are very happy with the way we played with the ball. We did great on the field too.

Meanwhile, all the matches of Bangladesh in Super Twelve have been played during the day. This imbalance in the index is already being discussed. However, Bangladesh is seeing the benefits. And spinners can play a big role.

Bangladesh has played a total of five ODIs in Sharjah. All five have lost. The Tigers played their first international match in Sharjah in 1990. Bangladesh played the fourth and sixth matches of the tournament in the name of Australia-Asia Cup. Bangladesh lost to New Zealand by 161 runs and Australia by 7 wickets.

Then in 1995 Bangladesh played three more matches in Pepsi Asia Cup in Sharjah. The Tigers lost the match by 9 wickets to India, 107 runs to Sri Lanka and 6 wickets to Pakistan.

Domingo thinks Sharjah's wicket is similar to Mirpur's. The Bangladesh coach knows what Shakib-Mehdi Hasan and Nasum Ahmed can do if they get that much spin. There is no reason why Sri Lankan spinners should not do well on such wickets. They did it against the Netherlands. However, Bangladesh is not thinking so much about the Sri Lankan bowlers. Domingo's thoughts are with his team.