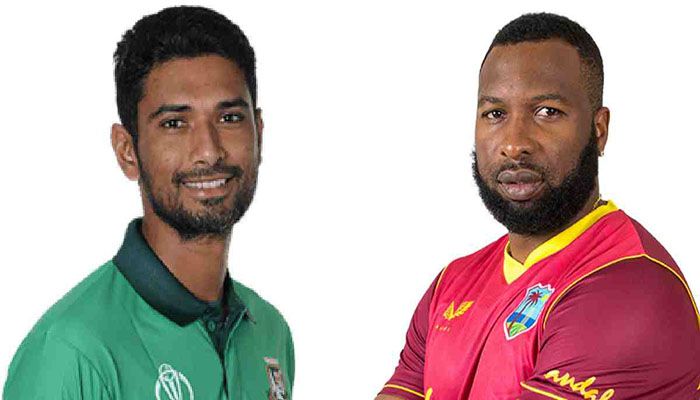 After losing two consecutive matches in the Super 12s of the ongoing T20 World Cup, Bangladesh are all set to take on the West Indies on Friday, determined to accept nothing short of a victory, reports UNB.

In the first match, Bangladesh lost to the South Asian opponent Sri Lanka. Following that shocking defeat, they suffered another defeat to England— which was the maiden clash between the two teams in T20Is. Now the Tigers are set to take on the current T20 world champions.

The match will begin at 4 pm (Bangladesh time).

In both matches, Bangladesh struggled due to their fragile batting line-up. Ahead of another match in the Super 12s, Tigers are in dire need to register a win to stay alive in the T20 World Cup.

In the last match against England, Bangladesh performed poorly in every department of the game. They batted first after winning the toss and posted only 124 runs. England chased that easy target with eight wickets in hand, and 35 balls to play.

After England's clash, Bangladesh spinner Nasum Ahemd said that the team is trying hard to play well and win matches, but they just “couldn’t get it done”. He expressed their helplessness without any hesitation.

Like Bangladesh, the West Indies are also hunting their maiden win in this phase of the World Cup. In their first two matches, they lost both to England and South Africa.

Ahead of Friday’s clash, West Indies batter Nicholas Pooran said they are eager to bounce back against Bangladesh as they are going to play in a field in Sharjah which has a shorter boundary.

“I definitely think it's a good opportunity to bounce back,” Pooran told the media on Thursday. “We're not sure how Sharjah is going to play tomorrow, but our focus is not on the small boundaries. We just want to execute our skills and once we can do that, then results can take care of itself.”

Pooran and many of West Indies’ current setup have the experience of playing in Bangladesh. Pooran said that experience will surely help them better the Tigers in the World Cup clash.

“To keep the way to the next phase open, we have to win the next match,” Nurul Hasan Sohan, the wicketkeeper-batter of Bangladesh told the media in the pre-match press conference on Thursday.

“We always try to give our 100 per cent effort to win every match and we always take the field to win matches. We will do the same in the next match.”

After this match, Bangladesh will take on South Africa and Australia on November 2 and 4 respectively.