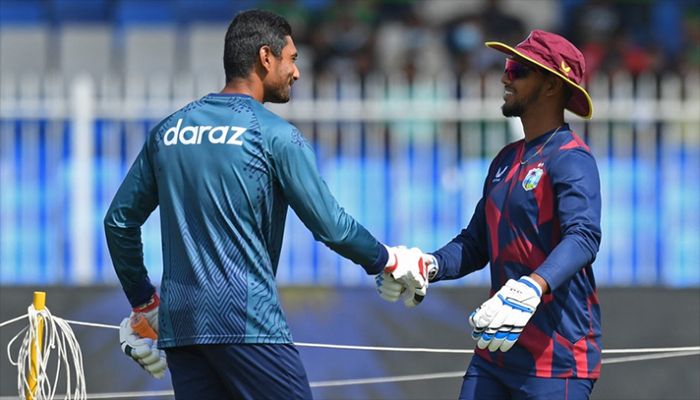 Bangladesh won the toss and elected to bowl first in the Super 12 stage match of the ICC T20 World Cup in Sharjah on Friday, reports media.

Both the teams have lost their previous two games in this round so far.

Bangladesh lost to Sri Lanka and England while the Caribbeans lost to England and South Africa.

The losing side of the match will be virtually out of the race for the semifinals in this tournament.

Bangladesh have made two changes: wicket-keeper Nurul Hasan who suffered a blow while playing Taskin Ahmed during practice sessions is not playing while Soumya Sarkar is back to the playing XI. Liton Das will be the wicketkeeper.

Nasum Ahmed is dropped from the squad, though he had shown some sort of better performance against England in the previous game but maybe some naïve comments in the post-match press conference cost him his place.

Nasum is replaced by Taskin Ahmed, the right-arm fast-medium pacer.

West Indies also made two changes from the previous game.