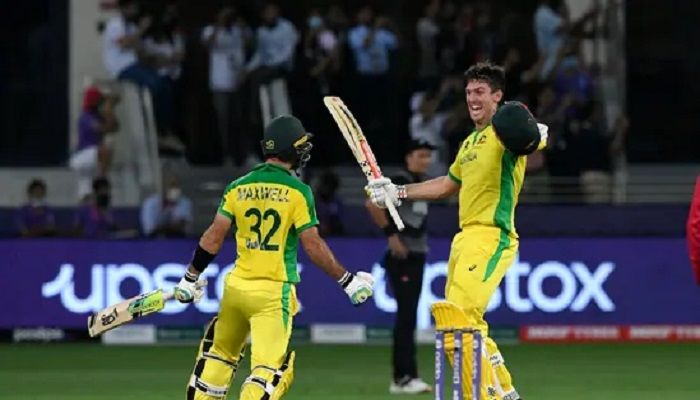 ﻿﻿Australia won the ICC Men’s T20 World Cup 2021 as Mitchell Marsh and David Warner hit half-centuries to chase down 173 with ease at the Dubai International Stadium.

Marsh and Warner’s brilliant knocks came after New Zealand captain Kane Williamson had responded to losing the toss with classy innings of his own, with his 85 off 45 helping the Black Caps to 172/4.

At the time, it was the highest score a team had posted in a Men's T20 World Cup Final.

But Australia started the chase well and rarely took their foot off the gas as they raced to the World Cup title with eight wickets and seven balls to spare, sparking jubilant celebrations in the UAE.