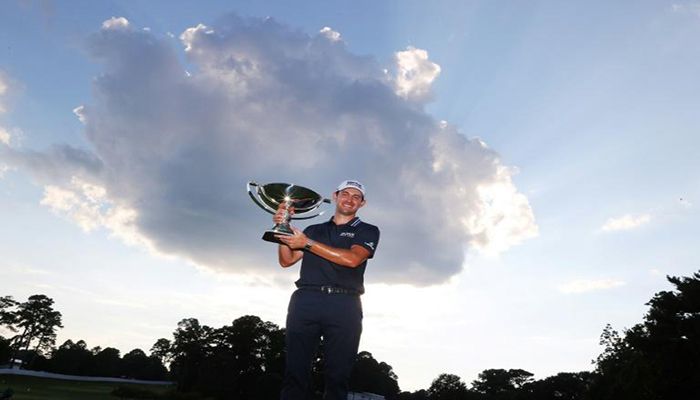 The PGA Tour said Monday it plans to increase prize money at its most lucrative events in 2022, pumping millions more dollars into limited-field tournaments in a move that comes amid reports of a new Saudi Arabia-backed golf series, reports AFP.

In a memo sent to players on Monday, PGA Tour Commissioner Jay Monahan outlined plans to boost purses for players across the board.

"Financial rewards and other benefits-not just for the top players but for the entire membership-are growing at an extraordinary pace," Monahan wrote adding the tour is "stronger than at any time in our history."

The FedExCup bonus pool for 2022 has increased by $15 million to $75 million, while the FedEx Cup champion will receive a whopping $18 million, up from the $15 million scooped by Patrick Cantlay earlier this year.

The opening two events of the FedEx Cup playoffs - St. Jude and the BMW Championship - will each increase their purses by more than $5 million to $15 million.

The Players Championship prize money has been increased from $15 million to $20 million, making it the richest event in golf.

The PGA Tour's three invitational events - the Genesis Invitational, the Arnold Palmer Invitational and Jack Nicklaus's Memorial will now offer $12 million each in prize money - an increase of nearly $3 million per tournament.

The annual $10 million bonus pool on offer for the Tour's top 10 players during the regular season has also been doubled to $20 million.

The tour will also increase money distributed via its Player Impact Program, the controversial initiative launched this year designed to recognize and reward players whose impact and influence is measured by different metrics such as social media engagements and media coverage generated.

The Player Impact Program prize pool has increased from $40 million to $50 million.

Although Monahan's memo made no mention of rival tours, details of the boosted prize money come just weeks after former world number one Greg Norman announced plans to launch 10 new events with the Asian Tour over the next decade.

The partnership comes with financial backing from PIF -- the Saudi sovereign wealth fund involved in the recent takeover of Premier League side Newcastle United -- and a commitment of more than $200 million.

The new events will be staged across Asia, the Middle East and Europe and the series will be added to the Asian Tour schedule starting next year.