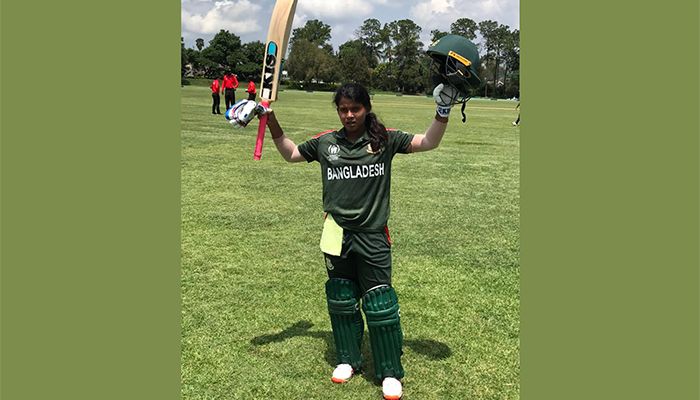 ﻿In a Women's World Cup qualification match in Harare, Sharmin Akter, the opening batter for the Bangladesh women's national team, struck a century against the USA.

She is Bangladesh's first female centurion and now holds the record for the highest individual innings by a Bangladeshi hitter.

Sharmin played an unbeaten knock of 130 runs from 141 balls where she hit 11 fours.

Fargana Haque also scored a half-century, she was out for 67 runs.

Bangladesh scored a total of 322-5 in 50 overs, their highest team total to date.

In their opening match of the WCQ, Bangladesh defeated Pakistan.