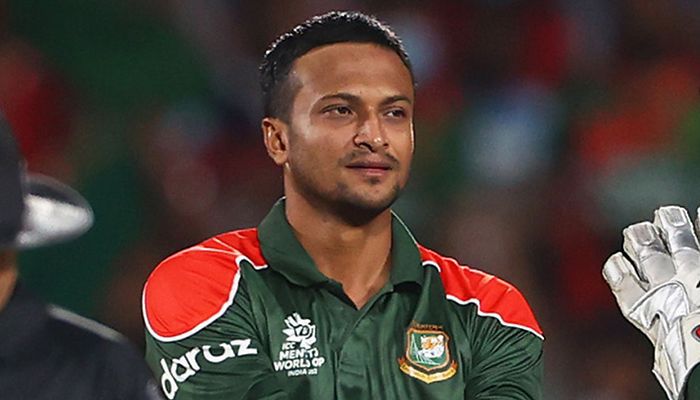 As a result, Shakib will not be able to play in the team's third and final group match against BCB South Zone at the Sylhet International Cricket Stadium on Thursday (January 13).

However, after winning the first two matches, Central Zone has almost secured the BCL final. Shakib returned to cricket with this tournament. Shakib contributed to the team's two wins. Shakib took 35 runs and took 2 wickets with the bat behind the team's 22-run victory over Islami Bank East Zone in the first match.

He then took 33 runs and one wicket against North Zone. Shakib's team won the match by 26 runs.

Although he felt back pain while batting on Wednesday (January 12), Shakib completed his 10 overs with the ball.

According to Central Zone Team Management, Shakib will be dropped from the third match as a precaution and to rest from injury. If he feels healthy, Shakib will return to the team to play the final.