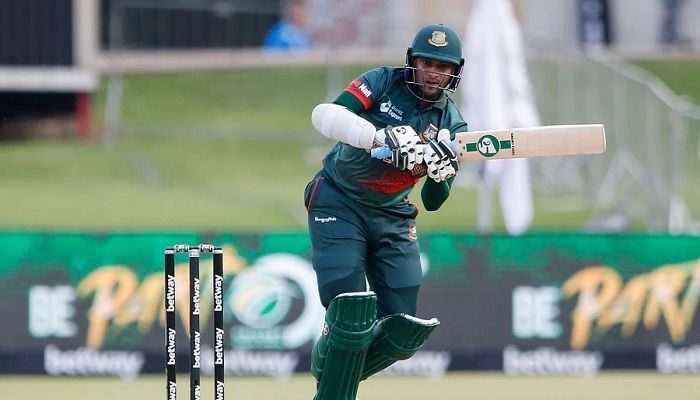 ﻿Ace allrounder Shakib Al Hasan decided to play the crucial third and final ODI on Wednesday despite a number of his family members currently going through health complications back in Bangladesh.

Shakib's mother, son, daughter, and mother-in-law currently are admitted into the hospital after suffering from various kinds of health crises.

Since the situation doesn't cross the alarming threshold as of now, Shakib, whose heroic 64 ball-77 scripted Bangladesh's first-ever victory on South African soil, decided to stay with the team.

Thanks to Shakib, Bangladesh beat South Africa in the first match by 38 runs but Kagiso Rabada helped the hosts to level the series and made the third ODI on March a series-deciding one.

"I have spoken to Shakib about the situation. You have already known that a number of family members of Shakib are currently going through health crises.

His mother, mother-in-law and two children have been suffering from various kinds of health complications," Younus said here today.

"He is now in a very bad state. Since there is still an ODI on March 23, he decided to play the third ODI if the situation doesn't cross the alarming threshold."

Younus said the BCB will give Shakib the freedom to make the decision whether to return or to stay.

"BCB will stand by him in the wake of the situation. It's a family crisis and Shakib can take any decision according to his wish."