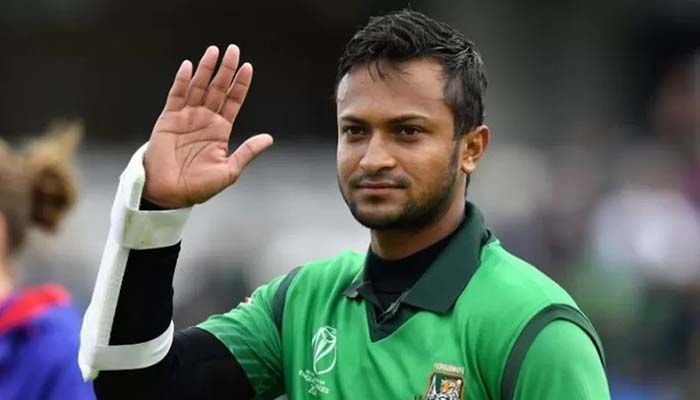 Bangladesh al-rounder Shakib Al Hasan tested Covid positive on Tuesday and will not be able to play the 1st Test against Sri Lanka.

“Shakib is now in isolation at his home. He tested Covid positive after reaching home yesterday,” BCB Physician Monjur Hossain said while confirming the matter to media.

Earlier in April, Shakib confirmed that he will be playing upcoming Bangladesh’s two-Test home series against Sri Lanka.

Shakib last played for Bangladesh in the white kit in December, when Bangladesh played Pakistan at home. Since then, Bangladesh have played four Tests, but the ace all-rounder participated in none due to personal reasons.

He last played for Bangladesh in the three-match One-Day International series against South Africa, which the Tigers won 2-1. He was supposed to play in the Test series but had to return as his family members were ill.

The all-rounder had also missed Bangladesh’s two-match Test series in New Zealand earlier this year due to personal reasons.