Shakib Closes in to Regain Top Spot in ICC Rankings 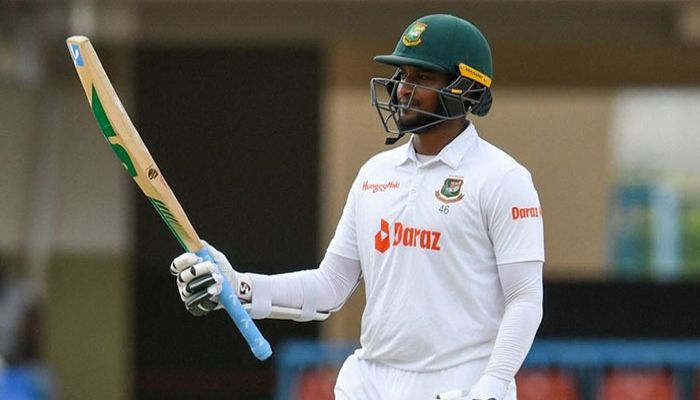 Bangladesh Test Captain Shakib al Hasan made a giant leap in ICC rankings after a terrific performance in the first Test against West Indies, which his side lost by seven wickets, reports BSS.

Shakib who slipped to fourth position in the ICC Test allrounder rankings now looked to be the verge of regaining the top spot even though he is still 39 rating points adrift of India all-rounder Ravindra Jadeja. A good performance in the second Test, starting on Friday may have seen him to reclaim the top position again.

The left-handed all-rounder has also moved up 14 slots to 32nd position among batters after knocks of 51 and 63 in the first Test.

Fast bowler Kemar Roach who grabbed seven wickets in the first Test, including a five-wicket haul in the second innings, moved into the top 10 for the first time in more than two years. He has progressed from 12th to eighth position, just one off his career-best seventh rank attained in December 2014.

Shakib's counterpart Kraigg Brathwaite has inched up one place to 28th after scoring 94 in the first innings while Jermaine Blackwood (up six places to 33rd) and John Campbell (up 11 places to 81st) are the other West Indies players to move in the batters' list.

Kyle Mayers (up five places to 40th) and Alzarri Joseph (up nine places to 48th) have advanced in the bowlers' list.