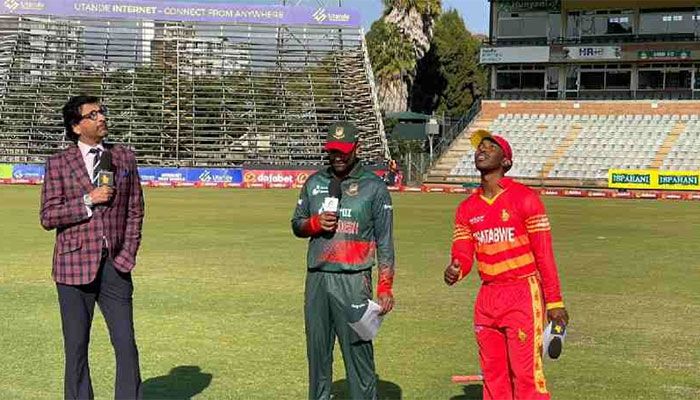 Bangladesh lost the toss but were sent out to bat first in the first of the three-match ODI series against Zimbabwe at the Harare Sports Club on Friday, reports BSS.

Bangladesh have included Anamul Haque Bijoy in this match. The right-handed batter played his last ODI back in 2019.

He played marvellously in the last edition of the Dhaka Premier Division Cricket League, a 50-over event in Bangladesh, and scored more than 1,100 runs.

Mushfiqur Rahim has also staged a comeback, following a leave of absence in the series against the West Indies.
Taskin Ahmed, Shoriful Islam and Mustafizur Rahman, on the other hand, are part of the Bangladesh's bowling attack.
Bangladesh have won all of their last 19 ODIs against Zimbabwe. Also, the Tigers have won six of their last seven ODI series at home and abroad.
Ahead of the ODI series, Bangladesh played a three-match T20I series against Zimbabwe and lost 2-1.
But in ODIs, Bangladesh are a stronger side. Tamim Iqbal, the Bangladesh captain, however, said they have to play their best cricket to beat Zimbabwe at their home.