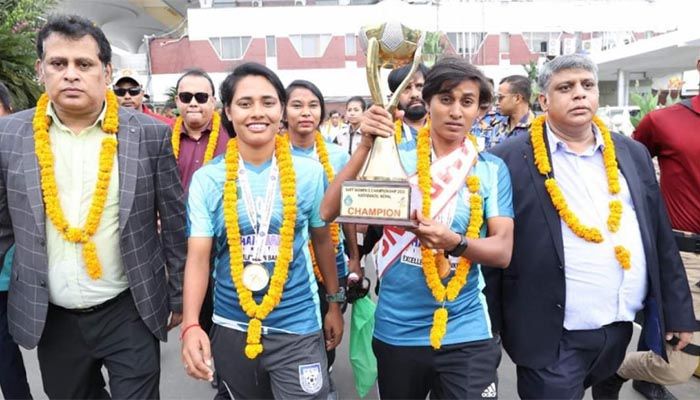 ﻿Hazrat Shahjalal International Airport Authority said that the protocol representative of the Bangladesh Football Federation (BFF) and 2 team officials checked the luggage tags and took the Biman Bangladesh Airlines from the authorities in a fully intact and locked condition and left the airport.

This information was informed in a circular signed by the executive director of the airport, Group Captain Kamrul Islam, on Thursday.

According to the notification, the winner of the SAFF Women's Football Championship-2022 Bangladesh Women's Football Team landed in Dhaka on a BG-372 flight from Kathmandu on September 21 at 1:42 PM. Later, through the protocol representative Imran of BBFF, media, and various social media, allegations of theft of money (dollars and taka) from the bag (hold baggage) of 2 women members of that football team were found. Based on that complaint, the authority of Hazrat Shahjalal International Airport has confirmed that the truth of the incident has not been proven by monitoring and analyzing the CCTV footage.