‘They Robbed Us with 3 Goals Disallowed in the First Half’ 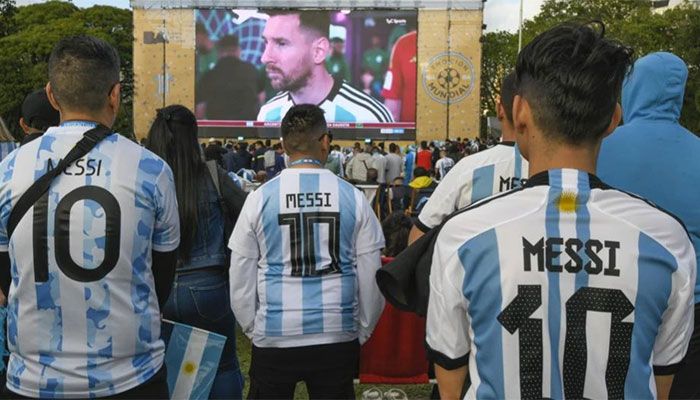 Argentines in Buenos Aires watched in disbelief the bitter 2-1 loss by their national team against Saudi Arabia at the World Cup in Qatar on Tuesday, reports AP.

“To begin with, they robbed us with the three goals that were disallowed in the first half. Another thing, it was an injustice because they reached (the goal) twice and scored each time, and in the end, they dropped back and (we could do) nothing,” Nicolas (last name not given), an Argentine fan lamented.

Hundreds of people dressed in blue and white gathered to watch the match on a giant screen in a public park.

“It’s a surprising result but I have hope that Argentina can be the champion because we are one of the candidates (to win the World Cup), having the best player in the world, Lionel Messi,” Margarita Albornoz, another Argentine fan, said.

Argentina took an early lead with a 10th-minute penalty by Messi. But goals by Saleh Alshehri and Salem Aldawsari in a five-minute span in the second half gave Saudi Arabia the win.

In Buenos Aires, hundreds of people dressed in blue and white met at a public park very early in the morning to watch the match in a giant screen.

Messi’s quest to win the one major title to elude him got off to a shocking start and brought back memories of Cameroon’s 1-0 win over an Argentina team, led by Diego Maradona, in the opening game of the 1990 World Cup.