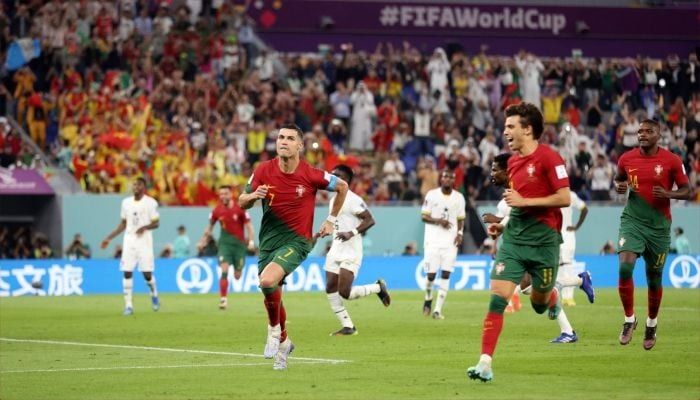 Cristiano Ronaldo became the first man to score in five World Cups on Thursday as Portugal opened their campaign in Qatar with a 3-2 defeat of Ghana in Group H.

Ronaldo shrugged off a tumultuous week which saw him dramatically leave Manchester United to bury a second-half penalty to set Portugal on their way to victory, reports AFP.