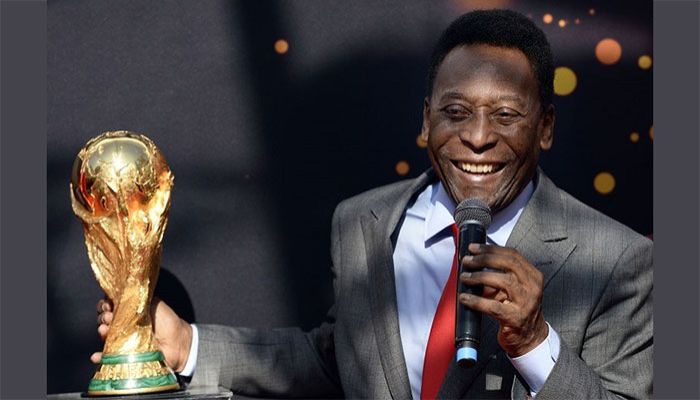 As the five-time champions prepared to take the pitch for their opening match against Serbia, the 82-year old icon posted a series of photos of his past World Cup glories on Instagram, telling Neymar and his teammates: "Today we start writing a new story."

"We will be more than 200m hearts beating as one, vibrating with each achievement of our 'Selecao,'" wrote Pele, the only player in history to win three World Cups, AFP reports.

"We must respect and play each match with the focus of a final. It is important to play beautifully, yes, but it is also essential to leave everything on the pitch," he wrote.

"I send these pictures to inspire you guys...I am sending all positive energies to you. I'm sure we'll have a happy ending. God bless you. Bring this trophy home."

Considered by many the greatest footballer of all time, Pele has had a series of health problems in recent years, but remains active on social media.