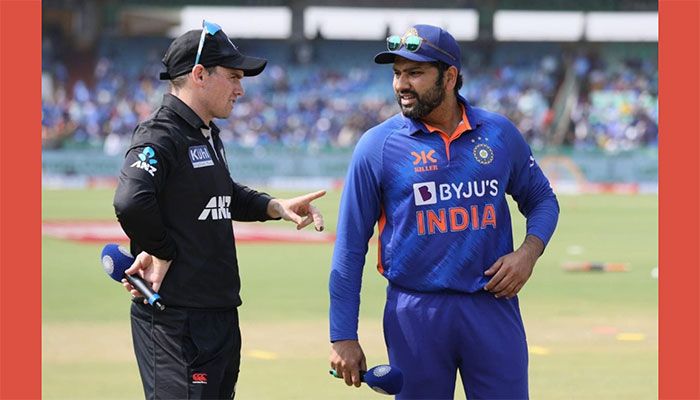 ﻿New Zealand skipper Tom Latham won the toss and elected to bowl against India as the tourists look to avoid a series sweep in Tuesday's third one-day international at Indore.

The Kiwis made one change after their eight-wicket hammering in the second match, with fast bowler Jacob Duffy coming in for Henry Shipley, reports AFP.

With an unassailable 2-0 series lead and preparations for this year's ODI World Cup underway, India skipper Rohit Sharma said he would have chosen to bat first to test his bowlers under lights and dew.