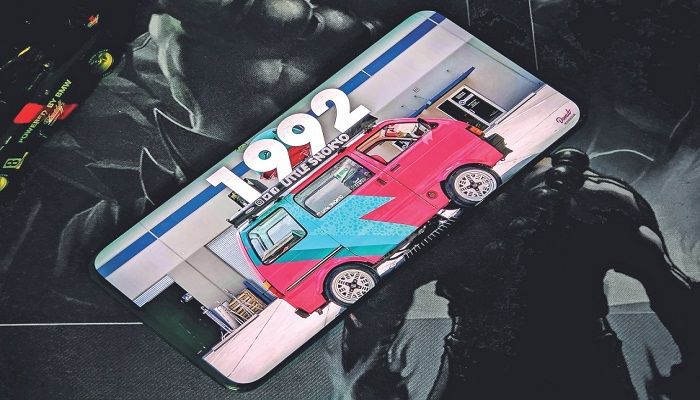 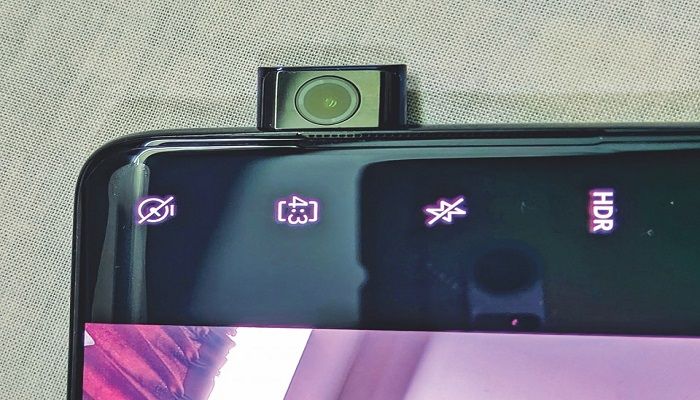 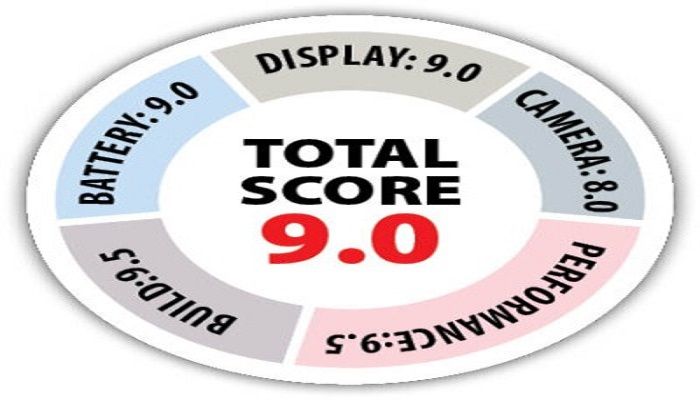 ﻿Not that long ago, OnePlus was considered the blue collar working class hero, taking Thor’s hammer and smashing above its white collar peers like Apple and Samsung. This year’s 7 Pro is clearly a sign of OnePlus shifting its strategy from ‘bang for buck’ to ‘buck for bang.’ So, has OnePlus really done anything to change the formula to justify its admission to the top tier club?

I am glad to report that the phone at least looks and feels like a flagship. The curved front and back glass help its ergonomics spectacularly. Plus, thanks to other Chinese OEMs incorporating psychedelic colours and patterns on their phones to resemble modern art pieces, OnePlus also decided to tip its toes in some artistry to overcome their boring business suit-style greys and blacks, by introducing a new frosted blue gradient background, which looks really cool, without being too show-off-y.

Samsung had remained the undisputed leader of mobiles screens for a while, with no one on the horizon to really challenge the rein. So imagine the general shock when OnePlus comes out, touting not only a no-notch quad HD display OLED display, but a 90hz refresh rate to go with it. Colours are as you should expect from a high quality OLED panel, with excellent viewing angles. What you need to know about is that refresh rate. Forget all the gaming jargons for 90hz, and understand this; the truth of the matter is when it comes to using a touch screen, 90hz SHOULD be enforced as a standard on smartphones. The phone feels faster than you can interact with. Couple that with flagship specs, and I can’t imagine a single situation where the phone would ever have a hiccup moment. Oneplus really has brought a hammer blow to the industry (never mind that Samsung did make the OLED panel for the 7 Pro). If I were to nit-pick, I would say that the display didn’t need to be curved like on Samsung displays, especially since they don’t have any additional software functionality, like they do on Galaxy devices.

This year’s OnePlus 7 Pro has brought about the holy trinity of camera setups; a 16MP Ultrawide, 8MP 3X Telephoto, and a 48MP main camera setup. To keep the screen notch-free, they also went with the industry favourite pop-up front camera, touting 16MP.

The question is simple; it has the brawn, but does it have the brain to make something out of it? Short answer: kind of.

Long answer: All three cameras take more than acceptable images in good lighting, with particular praise to the main camera, featuring the industry darling Sony IMX586 48MP sensor. However, there is still room for improvement when it comes to software processing. The first major offender is the sheer differences between the processing of the three lens setups. Pictures of the same subjects with the three lenses yield quality and colors so different, they might as well have been from different phones altogether. Also, when you are in normal lighting conditions, the telephoto lens does not work, thanks to the small f/2.4 aperture, so zooming then becomes digital through the main sensor, which defeats the purpose of the tele lens altogether.

Video has been good, and thanks to OIS, which, along with EIS, makes for a very stable, almost tripod-like, handheld video experience. The quality can go right up to 4K 60fps, just like its flagship competitors. It also has Slow motion modes, with 240fps at 1080p and a very respectable 480fps at 720p.

The phone also features the bragworthy nightmode, which does help in very dimly lit situations, albeit with considerable grain and a hit-or-miss colour science. Thankfully, it has a Pro mode, letting you take some spectacular images. A new update has also brought a Macro mode, with a good amount of success, but with the same noise issue as Nightmode.

Long story short, this phone is nowhere near the Top 3, or even Top 5 smartphone cameras thanks to the launch of the iPhone 11 Pros, but it is comfortably high in the Top 10s, so rest assured because it is still worth keeping in your pocket for those precious moments.

The lack of wireless charging, at this price point, is downright inexcusable, even with OnePlus’s arguments about it not being able to achieve Dash/Warp charging standards. Otherwise, the use of glass on the back of the phone is pointless, save for making it look fancy. The omission of the headphone jack is quite simply put, a crime, especially considering that this is supposed to be a phone for power users, and given how vocal and integral the community is to OnePlus. Unfortunately, with even Samsung now ditching it with the Note series, harping on about it seems pointless.

Your shiny new 7 and 7 Pro gets the market’s most powerful SoC, the 855, and a choice between 6/8/12 GB of RAM. But honestly, if you are buying into OnePlus, you are buying into what I personally consider as the best software experience on the market. Simply put, nothing is as fast, and now, thanks to the 90hz display, as smooth as Oxygen OS. While most OEMs thrive on throwing the kitchen sink at you, OnePlus does the exact opposite, only giving you what you need and want out of a smartphone. This simplistic approach makes Oxygen OS even faster than Google’s Pixel devices (yes, I said it), and far faster, and will remain faster, than any Sammy, Huawei, and even the ‘mighty’ Apple iOS. Here’s a high praise; If you want to experience how Android really is, you need to spend 5 minutes with a OnePlus. Also, the fact that they are enormously developer friendly only helps to sweeten the deal if you happen to be a tinkerer. The simplicity also aids in the battery life, making it an easy two or even a three-day use phone.

The OnePlus 7 Pro is the best Swiss Army Knife device in the market right now, thanks in no part to its OS, unique display, and its versatile camera setup. However, I still think that Oneplus’s current price point strategy is somewhat unjustified, especially considering devices like the Redmi K20 Pro and Asus 6z/Zenfone 6 exists on the market, and OnePlus’s cheaper 7 is completely inept at dealing with these competitors.