What Does It Offer? 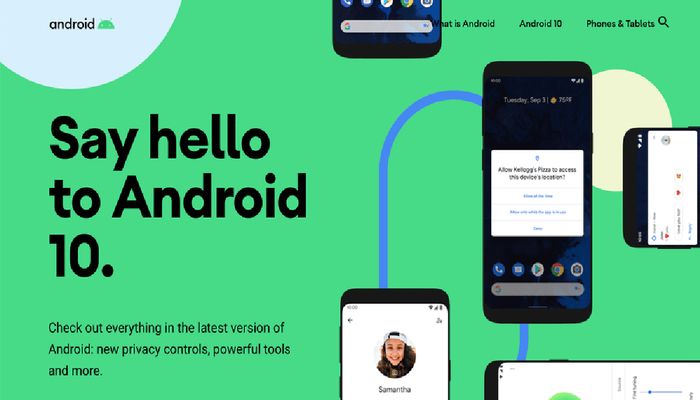 Google Android 10 GO edition got released on the 3rd of September in 2019. Google cancels the tradition of naming their major version OS after desserts through the announcement of branding their “Android Q” OS as “Android 10”. In addition to the Google Pixel devices, the Android 10 GO would allow many other Smartphones. Let’s see what it offers!

Google’s Android 10 Go Edition is smart enough to add captions whenever you start playing any media file – like, audio message, video, image, podcast, etc. – on your adorable phone. Interestingly, this amazing feature can function without the internet or WiFi connection.

If you think of taking selfies or capturing videos every now and then, the ‘Live Caption’ feature would be a favor for you. It can automatically involve subtitles on whatever you capture or record. All you need to do is, touching the volume button, then tapping the related icon.

While someone messages you, the Android 10 GO’s‘Smart Reply’ option can detect the intention of that message content and wittily presents suggestive response without delay. It offers a clever way to keep communication with other people investing limited time and energy.

This ‘Smart Reply’ feature not only suggests related replies but also offers related actions. For example, it can display directions on the Google map, if someone asks you for an address. This cool feature complies with sundry messaging apps like WhatsApp, Signal, etc.

What if you are working in an ear-splitting zone and receiving important calls at the same time?

The surrounding noise might interfere with your hearing to the conversation. To overcome these kinds of situations, the Android 10 GO Operating system is programmed with a ‘Sound Amplifier’feature.

This handy feature can efficiently filter the background echoes and noises. Boosting the sound system of your phone, it can improve the audio quality. Furthermore, it can fine-tune the sounds so you can listen to lectures, music or conversation more comfortably.

Google has advanced its gesture Navigation’ system in the latest Android 10 Go edition. Unlike the Android Pie’s One-Button mechanism, the Gesture control system is seen under a thin bar in Android 10 without taking much space on the screen. Its built-in navigation system allows the user to swipe forward or backward easily to entry different apps or return the home screen in a faster way.

Extensive use of Smartphones not only hurts the eyes but also weakened the battery-power. Thanks to Google for bringing the ‘Dark Theme’feature in the new Android 10 GO version. It’s high-end ‘Force Dark’ option can open the apps – which lack unified Dark Mode – automatically through offering darker schemes. This eye-soothing dark mode saves the battery power keeping it alive for long hours.

Google OS Android 10’s improved design integrates all the Privacy Control options in one place. Now you can change your privacy setting easily within a few moments.

Google Android 10 gives you the room to choose whether you want to share your location with various apps. You can also decide when or how long you would like to turn ‘ON/OFF’ the location sharing option of your Smartphone.

When the apps of your smartphones are not updated regularly, it runs the risk of getting attacked by malware, virus, or even hackers. Don’t worry! Android 10’s advanced ‘Security Updates’ feature can appear as a savior! It delivers the latest security fixes, and privacy updates keeping the OS up-to-the-minute.

It is utterly annoying when your Smartphone is overloaded with a number of distracting, unused or less necessary apps, which you don’t want to delete right at this moment. Android 10 OS is blessed with ‘Focus Mode’ which gives you the opportunity to turn off an unwanted app – through a single tap – temporarily until you want it back.

Are you a cautious parent who wants to monitor the actions and presence of own kids round the clock? If yes, then check out the ‘Family Link’ feature of Google Android 10 GO Edition. This pragmatic feature helps you in setting the Smartphone’s screen time.

Using this feature you can limit the access of your kids to different apps or web content. Besides, you can stay updated about your kid’s movement through tracing out the current location of the device. What else you need?

After pioneering the domain of search engines, Google is popping up to the other branches of technology. With the launch of Android 10, Google has proved itself as an indomitable power in the realm of developing Operating Systems (OS). The Google Android 10 GO OS presents a number of pragmatic and user-friendly features that make it out to win the predecessors.