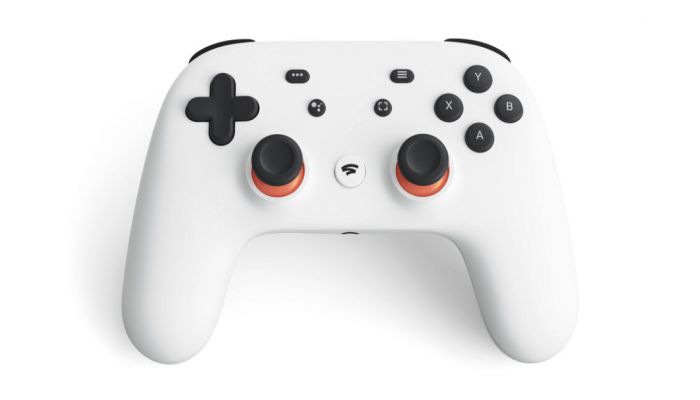 This undated photo provided by Google shows a controller that is part of a video-game streaming platform called Stadia that Google is launching on Tuesday, Nov. 19, 2019. Photo: AP

Google's new game-streaming service Stadia illustrates the possibilities of gaming from the cloud, but experts say it's hampered by a lack of compelling video games and a convoluted pricing scheme.

Piers Harding-Rolls, head of games research at IHS Markit, called Tuesday's launch more of a public beta test than an actual debut. He said the real test will come next year when Stadia begins to compete with new video game consoles due out from Sony and Microsoft.

"It is not at the point a challenger to console companies or PC gaming," he said. "At this stage, it is really about getting the product into the market and into the hands of consumers."

Google can learn from that and fine-tune the service as it grows and competition intensifies, he said.

Much like movies and music, the traditional video-game industry has been shifting from physical hardware and games to digital downloads and streaming. Such an approach lets gamers play from a sort of device, picking up where they left off as they switch, without having to buy costly equipment.

Tech companies such as Google are trying to establish a foothold early — even with some flaws — before streaming becomes as established in gaming as Netflix is in video and Spotify in music.

The benefits go beyond subscription revenue. While Stadia itself won't have ads. Google will try to tie Stadia with its other services, like YouTube and its digital assistant. Ultimately, as more people use Google services, the company can pile up more data on user habits and show more ads targeted to those interests.

But these tech companies must compete with gaming stalwarts Sony and Microsoft, both of which have streaming ambitions of their own. Unlike Google, they also have decades of experience negotiating with game publishers and navigating the gaming industry.

Microsoft's $10-a-month Xbox Game Pass lets players download more than 100 games on the Xbox console at no additional cost. The company is also working on a streaming service, Project xCloud, though few details are available. Sony's PlayStation Now, also at $10 a month, or $60 a year, lets users stream or download games on its PlayStation 4 console or a personal computer.

Stadia, on the other hand, isn't meant for the console. But it requires a PC with Google's Chrome browser or a Google-made device — a Chromebook laptop, a Chromecast TV streaming device or a Pixel phone. It won't work with other phones using the company's Android operating system, or on iPhones, for now.

The service will later cost $10 a month, but it's currently available only to those who bought a $130 bundle that includes a three-month subscription. The service currently offers 22 games — most carrying a separate fee. For example, the adventure game "Red Dead Redemption 2" starts at $60.

Apple is also getting into the game-subscription business with Apple Arcade. The $5-a-month service lets users download a variety of games to play on iPhones and iPads. Games don't cost extra. Apple Arcade lets people download games to play offline, but Stadia does not.

Google is competing on this front, too, with a separate subscription called Google Play Pass. The $5-a-month service gives users access to about 350 games and apps on Android devices.

Video game streaming typically requires a strong connection and more computing power than simply streaming video, as there is real-time interaction between player and game. Google says it is tapping its massive data centers to power the system.

But elsewhere, Stadia falls short. He said there is a disconnect between the hard-core gaming audience that Google appears to be targeting, and the few compelling games actually available.

"Gylt," a fantasy horror adventure game, is the service's only new exclusive title. Other games available at launch include "Shadow of the Tomb Raider," "Mortal Kombat," "Just Dance 2020" and "Destiny 2" — but all of these are available on other game platforms, too.

"It does seem to be a bit of a bare-bones launch to get this service out the door," Nelson said. "Hopefully Google will expand it over time."

Nelson said Google's approach is odd because it targets hard-core gamers who probably already have a console or PC, as well as many of the games on offer, rather than trying to reach more mainstream or casual users who don't want to invest a few hundred dollars in a console.

"There's certainly a missed opportunity here to position Stadia as a gateway to console-style gaming for casual and mobile players," Nelson said.

Google sold "Founder's Edition" bundles in advance, but is now offering a "Premiere Edition" bundle for the same price and benefits. Besides a three-month subscription, the bundle offers a Chromecast Ultra streaming device and a controller.

A stand-alone monthly subscription won't be available until 2020. A free version will also be available then. And while games are sold separately, the price depends on which level of service the gamer has.

"It all stacks up to being a bit of a confounding offering from Google," Nelson said. "They're likely to struggle a bit initially getting traction due to a bit of misunderstanding part of consumers about what it is offering."