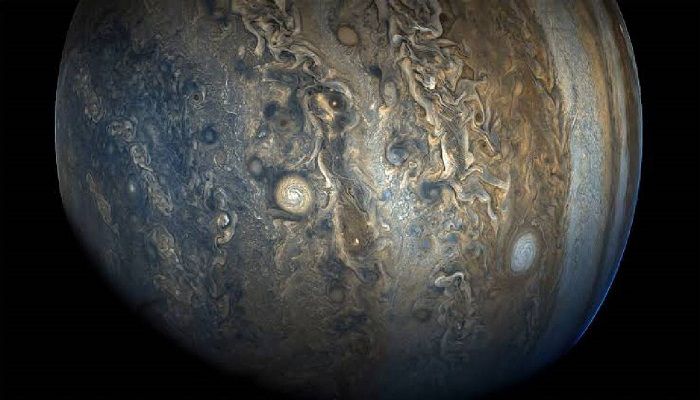 ﻿NASA's Juno spacecraft has caught a striking view of Jupiter's southern hemisphere as it performed its 23rd close flyby of the giant planet on November 3 this year, said a release of NASA's Jet Propulsion Laboratory (JPL).

The image was taken as the spacecraft sped away from Jupiter. It captures massive cyclones near Jupiter's south pole, as well as the chaotic clouds of the folded filamentary region, said the release on Thursday.

When the image was taken, Juno was traveling at about 137,000 kilometers per hour relative to the planet. The spacecraft was about 104,600 kilometers from the planet at a latitude of about -70 degrees, said JPL.