PM to Open Sheikh Kamal IT Centre in Rajshahi 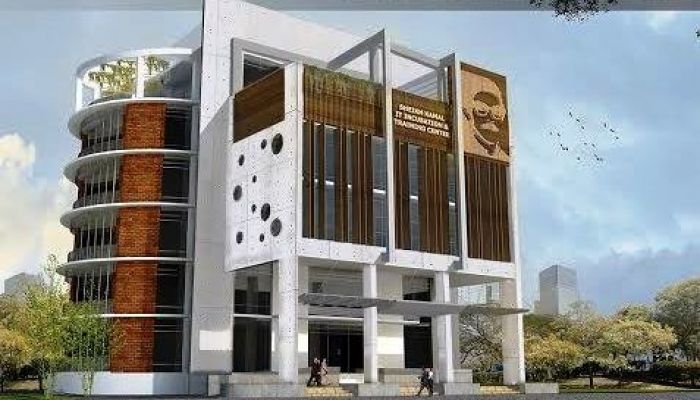 Prime Minister Sheik Hasina is expected to inaugurate the Rajshahi Sheik Kamal IT Incubation and Training Center on Wednesday via a Dhaka videoconference.

"The Prime Minister will launch the Sheik Kamal IT Incubation and Training Center established at Bangabandhu Hi-Tech Park in Rajshahi tomorrow morning through a video conference from her official residence here in Ganabhaban," a source said at the Prime Minister's office.

The center will help build Bangladesh digital and knowledge-based society, and create jobs, the source said.

Sheik Hasina will inaugurate cent percent electrification in seven districts and 23 Upazilas as well as a power plant from the same site.

“All sorts of business environment have been ensured for attracting investors from home and abroad,” he said.

Meanwhile, nearly 60 per cent physical infrastructure development work of the under-construction Bangabandhu Sheikh Mujib Hi-Tech Park in Rajshahi, also known as the city of education, has already been completed.

The park is being developed at Nabinagar in Poba Upazila, in the outskirts of Rajshahi Town, on 30,67 acres of land, aimed at developing knowledge-based IT industries along with ensuring area-based growth.

Bangladesh Hi-tech Park Authority has been implementing a Taka 287.11-crore scheme initiated by the Information and Communication Technology Division with the main thrust of creating scopes for the new IT entrepreneurs and employment generation.

Employment opportunities for around 14,000 youth — both males and females — will be generated by June 2021 when the project is successfully implemented, said Engineer AKM Fazlul Haque, scheme manager.