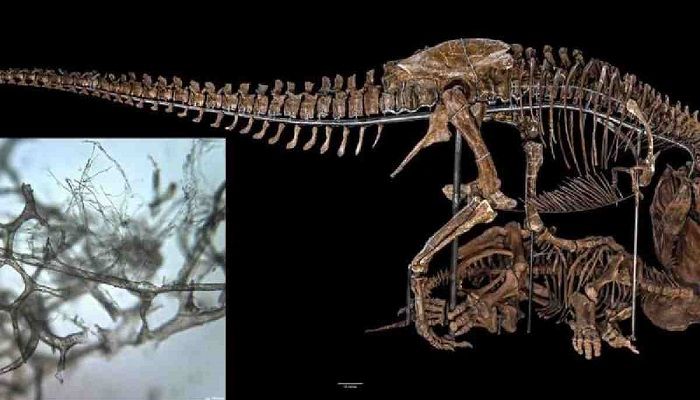 ﻿An international team of scientists found possible evidence of fossilized cell nuclei and chromosomes within preserved cartilage of baby duck-billed dinosaurs dating back about 75 million years.

The research was conducted jointly by a team led by Alida Bailleul, of the Institute of Vertebrate Paleontology and Paleoanthropology of the Chinese Academy of Sciences (CAS), and Mary Schweitzer, of North Carolina State University in the United States.

The dinosaur belongs to the genus Hypacrosaurus and comes from a nesting ground in Late Cretaceous sediments, discovered in 1988 by paleontologist Jack Horner, in northwest Montana in the United States.

"These new, exciting results add to growing evidence that cells and some of their biomolecules can persist for a long time, said Bailleul.

''They suggest DNA's can be preserved for tens of millions of years, and we hope this study will encourage scientists working on ancient DNA to push current limits and use the new methodology in order to reveal all the unknown molecular secrets that ancient tissues have," she added.

The findings of the research team were recently published in National Science Review.