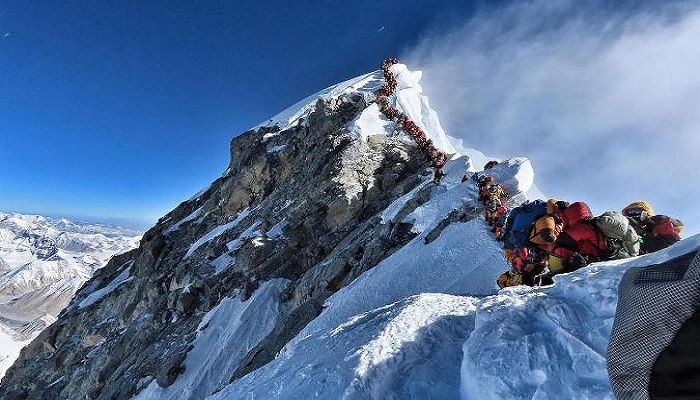 ﻿Climbers to Mount Everest from the Chinese side can now enjoy high-speed 5G coverage after the world's highest-altitude base station started operation in the remote Himalayan region of Tibet, the state media reported on Friday.

Built at an altitude of 6,500 metres, the base station which became operational on Thursday, is located at the advance base camp of Mount Everest, the world's highest peak, according to state-run telecom giant China Mobile.

The base station, along with another two that were previously built at altitudes of 5,300 metres and 5,800 metres respectively, realises the full coverage of 5G signal of Mount Everest on the north ridge as well as the summit, Xinhua news agency reported.

The Global Times quoted officials connected with the project as saying that the cost of building five 5G stations in the extremely difficult terrain could reach 10 million yuan (USD 1.42 million).

The 5G stations will help mountaineers from across the world communicate better. It could also prove to be helpful for rescuing workers and researchers, it said.

Located at the China-Nepal border, Mount Everest has an altitude of more than 8,840 metres, with its north part located in Xigaze prefecture of Tibet Autonomous Region.

5G is the fifth generation of wireless communication technologies. In addition to faster speeds, 5G offers greater bandwidth and network capacity, paving the way for a future of driverless cars, more connected devices and high-definition connections for virtual meetings and telemedicine.

The building of 5G infrastructure is in tandem with the measuring of the height of the peak, which officially started on Thursday.

The base station at 5,300 metres is expected to serve the base camp area. Once 5G is commercially available, climbers, tourists and local residents will be able to use the service in the base camp area, the report said.

Meanwhile, Huawei, the Chinese telecom giant said it has teamed up with China Telecom to set up the world's highest 5G base station on the altitude of 6500 metres.

"Together with the launch of the Gigabit optical fibre network at the attitude of 6,500 metres, Huawei enables China Mobile to run its dual Gigabit network on Mount Everest," the company said in a statement.