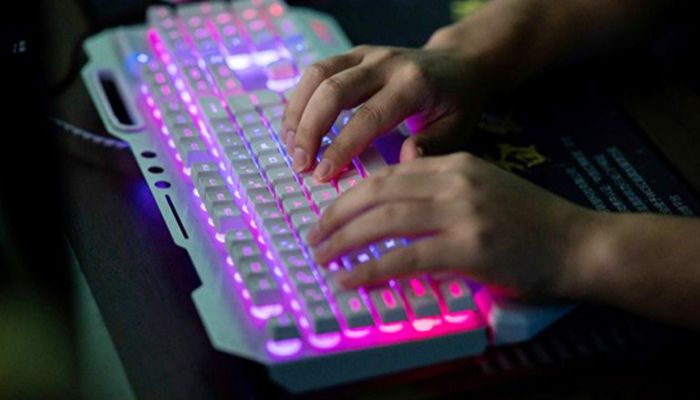 ﻿﻿Microsoft said Thursday it thwarted recent cyberattacks from China, Russia and Iran targeting both Republican and Democratic presidential campaigns, as technology giants scrambled to protect election security less than two months ahead of the US vote.

The announcement came as Twitter said it would implement a policy next week to remove “false or misleading information intended to undermine public confidence in an election,” including unverified claims of victory; and Google said it would take steps to ensure its “auto complete” search feature doesn’t make such misguided suggestions, reports AFP.

Microsoft said that attackers have been targeting staff from the campaigns of President Donald Trump and his Democratic rival, Joe Biden.

It was clear that “foreign activity groups have stepped up their efforts targeting the 2020 election as had been anticipated,” according to Burt.

It identified a Russia-based group called Strontium which Burt said “has attacked more than 200 organizations,” and China-based Zirconium, which he said “has attacked high-profile individuals associated with the election, including people associated with the Joe Biden for President campaign and prominent leaders in the international affairs community.”

An Iran-based group dubbed Phosphorus has been targeting personal accounts of people associated with the Trump campaign, Microsoft said.

The majority of those attacks were stopped by Microsoft security tools, and those targeted or compromised were alerted, according to Burt.

Russia is trying to undermine voters’ faith in the US electoral system and especially in voting by mail ahead of the November 3 election, according to a Department of Homeland Security (DHS) analysis.

A statement in August from the National Counterintelligence and Security Center said Russia is actively working against Biden’s candidacy, favoring Trump as it did in 2016.

Microsoft’s announcement affirms DHS warnings that “China, Iran, and Russia are trying to undermine our democracy and influence our elections,” acting secretary Chad Wolf said in a prepared statement.

Twitter policy taking effect September 17 bans “false or misleading information” about voting as well as “disputed claims that could undermine faith in the process itself,” such as allegations of election rigging, ballot tampering, vote tallying or certification of election results.

The move comes amid rising concerns about when results will be verified for the presidential election, in view of an expected large volume of mail-in ballots — the integrity of which Trump has spent months attacking.

The policy prohibits “misleading claims about the results” or interference with the electoral process such as “claiming victory before election results have been certified, inciting unlawful conduct to prevent a peaceful transfer of power or orderly succession.”

Some analysts have suggested that Trump may reject the election results or refuse to leave office if he loses, while Trump himself has spent months suggesting Democrats were attempting to “rig” the election and refusing to say whether he will accept the results.

Both Twitter and Facebook have placed labels on Trump posts about on mail-in voting — sent out to his tens of millions of followers.

“We will not permit our service to be abused around civic processes, most importantly elections,” Twitter said.

“Any attempt to do so — both foreign and domestic — will be met with strict enforcement of our rules, which are applied equally and judiciously for everyone.

Google announced separately it would tighten controls for its “autocomplete” search feature to guard against misinformation.

“We will remove predictions that could be interpreted as claims for or against any candidate or political party,” search vice president Pandu Nayak said.

“We will also remove predictions that could be interpreted as a claim about participation in the election — like statements about voting methods, requirements, or the status of voting locations –or the integrity or legitimacy of electoral processes, such as the security of the election.”

This will rule out predictions such as “you can vote by phone,” Nayak said.

Social media operators have been struggling with disinformation campaigns from Russia, China and other countries along with unverified claims by Trump on the vote process.

Facebook said last month it was bracing for efforts by Trump or others to attack the integrity of the US election.