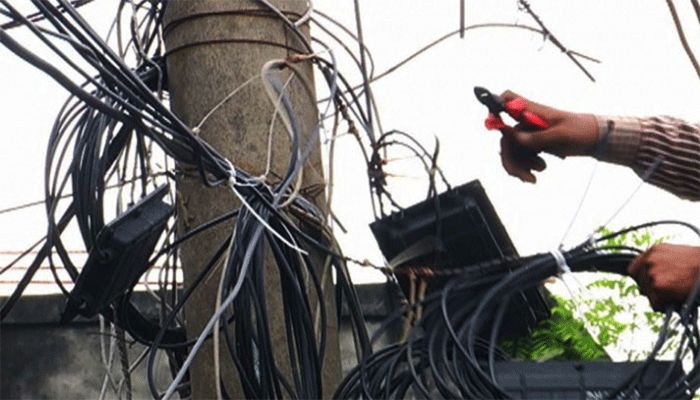 ﻿On Saturday, internet service providers and cable companies suspended their previous decision to restrict access to the web across the country for three hours.

Earlier, the Dhaka South City Corporation (DSCC) in the capital came up with the internet shutdown decision opposing the elimination of overhead wires.

"We will sit in a meeting with the Mayor of Dhaka South City Corporation (DSCC) on Sunday morning over the matter," Hakim said.

"Hopefully the meeting will bring positive outcomes. We will wait until Prime Minister's direction following assurance of the Minister. Expect the matter will be resolved within a week," he added.

"We have asked the service providers and cable operators to wait for some more days for a rational solution to the matter," he said.

We have asked ISPAB, COAB to wait seven days as we are negotiating with the authorities to meet their demands, "Zunaid AhmedPalak said."

Earlier, if the DSCC does not abstain from cutting the overhead wires within Oct 14, ISPAB, COAB announced to shut down the internet link across the country from 10 am to 1 pm.